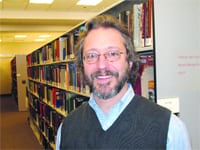 In the face of such daunting trends, Picchioni and others say it’s difficult to sell the undeniably positive aspects of primary care to medical students. But the news isn’t all bad, and some analysts say the growing demand for PCPs alone will force improvements in compensation. The question is whether that will be enough.

Dr. Ari Berman, medical director of Hampden County Physician Associates, LLC, said that, despite talk of challenges and frustrations, there remain many good reasons why doctors would choose primary care.

“The hallmarks of primary care medicine — first-contact care, continuity of care, comprehensive care, and coordinated care — make this an attractive field,” Berman said, noting that PCPs must have a broad knowledge base to understand issues ranging from disease prevention and wellness to substance abuse and mental health.

Meanwhile, “the health reform legislation in Massachusetts did indeed lead to increased demand for primary care as a result of the insurance mandate,” Berman said. “In addition, the federal reform also emphasizes the need for highly coordinated and robust patient care, which is typically done by primary care providers.”

Yet, it’s tough for medical students to overlook the fact that many specialties, particularly those with more immediate risk associated with them, get paid much better than primary care. A decade or so ago, Picchioni said, more than half of Baystate’s graduates went into primary care; now it’s a small minority. Last year saw a blip when about six of 18 chose primary care, “but that was probably an outlier of a year.” The federal government is making its own push to grow a greater pool of PCPs; Baystate recently applied for and received salary support for four more students who choose primary care.

The rise of electronic medical records has created even more work for doctors, Picchioni said. “So, unfortunately, those administrative burdens we feel in primary care haven’t gotten better; they’ve gotten worse. Now, electronic medical records are such an important advance, and we need it so much, that we put up with it. I don’t think people have fled primary care because of it. But it’s another straw on the camel’s back, if you will.”

Berman agreed that administrative responsibilities are a factor in the stress many primary care physicians feel, but added that much of the discontent stems from financial compensation — specifically, the fact that, at a time when medical-education costs are increasing, PCPs are looking at decreased income potential compared with specialists.

But the news in that area is improving somewhat. While the average starting salary for primary care doctors is just south of $150,000, compared to an average of $275,000 for specialties (see chart on page 5), pay has been creeping up slightly over the past decade. The onset of Obamacare will only exacerbate chronic shortages in the field, and basic supply and demand should drive salaries higher.

“Once that reform bill kicks in, it promises to make primary care and general surgery in medically underserved areas much more attractive because of the bonus money out there,” said Dr. William Jessee, president and CEO of the Medical Group Management Assoc. in an article published by the Mass. Medical Society.

David Nyman, manager of physician recruitment for the Marshfield Clinic in Marshfield, Wis., one of the country’s largest physician-owned groups with more than 800 physicians, agrees. “What I am seeing — and I’m hearing it from my colleagues throughout the country — is that, with the huge physician shortage down the road as more doctors retire, those who will come out ahead will be the primary care physicians,” he said in the same article. “Their income will go up at a faster pace than the specialists’, simply because we will need a lot more of them.”

Clearly, there’s no shortage of patients, but the work environment right now — with low reimbursement rates and pressure to take on more appointments each day — is starting to negate one of the main reasons PCPs enjoy their job: the relationship aspect of their work.

“That’s what drives us to want to do this, but there’s pressure to pay the bills based on reimbursements,” Picchioni said. “Like everything else, the way you make up for a shortfall is by increasing volume. I can be more accessible by adding more visits, but there are only so many hours in the day and days in the week. To add more visits, I can make appointments shorter, or I have to work longer hours.”

Given those pressures, Picchioni doubted that gradual, slight increases in pay for primary care will to make a huge difference in the number of doctors choosing that field.

“This past year, the chairman of our Department of Medicine asked one of our clinic directors if he thought a 10{06cf2b9696b159f874511d23dbc893eb1ac83014175ed30550cfff22781411e5} pay raise for primary care is enough. He said it would be appreciated, but it’s probably not enough to change people’s minds. And I think that’s a true statement. Ten percent of our low-end salaries still leaves a wide gap.”

“Most physicians, regardless of which specialty, are preparing for a new payment structure which will emphasize the simultaneous delivery of high-quality care with contained costs,” Berman noted. “Primary care is the foundation of our multi-specialty group. We will continue to put forth efforts to support our PCPs and engage in efforts to transform our practice so we can continue to recruit and retain high-quality providers.”

Meanwhile, Coombs conceded that the state’s universal health care plan has improved access to care, “but universal coverage and access can only be sustained with a strong physician workforce. As we continue to look at reforming the health care system, we must do so carefully and deliberately in all aspects, and that includes the next steps for cost control, particularly with respect to establishing a fair system of payment reform.

“A strong physician workforce is critical to delivering top-quality and cost-effective care,” Coombs added. “If physicians think that the viability of their practices is threatened or unsustainable under a new payment system, Massachusetts may encounter further problems with recruitment and retention. And that, certainly, will affect patient care.”

With so many unanswered questions when it comes to patient access, payment reform, and the changing role of the primary care physician, this is clearly a story that’s still being written. Stay tuned. 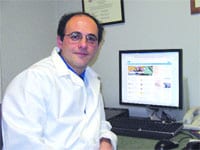 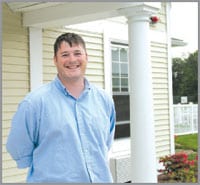