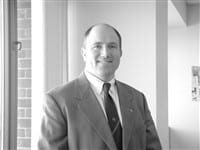 Call it an effort to stop a swiftly revolving door.
At a time when medical services throughout the region are struggling with a personnel crunch in many departments, high turnover rates can put strain on the remaining staff and even lower the quality of health care that patients receive. Meanwhile, the constant staff shortages and turnover only place additional strain on health care systems.

In the realm of assisted living, that’s just the kind of situation that the Extended Care Career Ladders Initiative (ECCLI) was created to prevent. Launched last April and overseen by the Commonwealth Corp., a quasi-state agency, the program initially offered $5 million in grant funds to facilities looking to implement education programs aimed at improving care and employee retention.

Three facilities in the Pioneer Valley were involved in the creation of the program and received grants, including the Loomis Communities in Holyoke and South Hadley, Riverdale Gardens in West Springfield, and the Center for Extended Care at Amherst.

Three careers at which the program is targeted — nursing, environmental services, and dietary services — all have seen serious personnel turnover problems nationwide, said Donna Salloom, project manager for the Pioneer Valley ECCLI, one of seven such regional efforts.

“We have put together a menu of training programs at these facilities — not only the career ladder program, but also computer training, management training, and team building,” Salloom said. Also included in the programs are so-called ‘soft skills’ such as diversity training, management of life and work, personal debt management, and information on domestic violence resources.

“It’s a very comprehensive training program, and as people go through their career ladders, it includes incremental increases in pay to go along with that,” Salloom said. “We’re also building mentoring programs so new employees come in and work with an experienced employee.”

The three participating institutions are paying for training time as well as salary increases associated with the program — all matched by ECCLI funds.

According to Joe April, director of Development at the Loomis Communities, by providing training and career counseling to lower-paid workers, the hope is that they will attain the job skills and self-confidence they might otherwise lack. By improving the status of entry-level workers, he hopes the three Loomis facilities can improve employee retention and, ultimately, quality of care.

Statistics seem to bolster those hopes. Since the program was launched a year ago, annual turnover rates for registered nurses and licensed practical nurses have been cut by almost two-thirds, while turnover rates for certified nursing assistants have dropped slightly as well.

It’s not simply the training aspect of the ECCLI program that has made a difference, he added, but also the emphasis on a total change in the work environment.

“The other half of the project is to create a culture change from a medical model to a more home-like environment because we want to make our facilities more sensitive to residents’ needs,” Salloom said. “We’re talking about things like people being able to eat when they want to eat, not when it works for the staff, and bathe when they want to bathe, not just when it’s scheduled. These are respect issues.”

And changing the culture of facilities to make them more like home begins with training the staff. The goal of management, April said, was to start to see the organization through the eyes of the paraprofessionals, or direct care workers, among them dietary and environmental services staff, nurses’ aides, and housekeepers.

At Loomis, this was accomplished through the establishment of project teams including all levels of staff, from the CEO to the direct care workers. These teams worked to identify issues that created perceived or actual barriers, such as separate lunchrooms for supervisors and paraprofessionals, which were eventually eliminated, improving the corporate culture, he said.

The three Pioneer Valley institutions awarded grants were chosen to model the program partly because they are run in different ways, Salloom said. For instance, the non-profit Loomis Communities includes three different facilities, featuring long-term care, assisted living, and independent living; the urban-based Riverdale Gardens is privately owned and run by a management group; and the Center for Extended Care is family-owned and unionized, she said.

The initial effort, which began in April 2001, will end on June 30, but additional funds have been approved through the state Legislature, and the Pioneer Valley ECCLI will be applying for those. “The hope is to take what we have learned from this project and expand it to other facilities in the community,” she said.

First-year results show that turnover is indeed down at the facilities in the program, and maintaining staff continuity only benefits residents, Salloom added. “They are retaining their employees and, ultimately, providing better care for residents in these facilities.”

And if that becomes a trend in assisted living regionwide, the only revolving doors will be the ones leading into the front lobby. 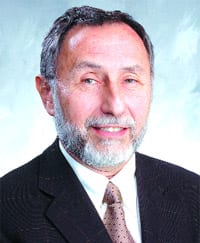