For some people, following a gluten-free diet may be a fad, but for others — including those with celiac disease — it’s a very real necessity.

Celiac disease, a dietary intolerance to gluten, a protein found in wheat, rye, barley, and some everyday products such as medicines and vitamins, is one of the most common genetic disorders in the U.S., affecting 1 in 100 people.

Celiac disease is a digestive disorder that damages the small intestine and interferes with absorption of nutrients from food. When people with celiac disease eat foods containing gluten, their immune system responds by damaging or destroying villi — the tiny, fingerlike protrusions lining the small intestine. Villi allow nutrients from food to be absorbed through the walls of the small intestine into the bloodstream. Without healthy villi, a person becomes malnourished. Ingesting gluten can also cause diarrhea, bloating, weight loss, and a multitude of other symptoms from fatigue to constipation.

Some children may have mild symptoms or none at all. What makes celiac disease challenging to diagnose is the fact that some symptoms are similar to other diseases, such as irritable bowel syndrome or inflammatory bowel disease.

The only definitive test for celiac disease is a small-intestine biopsy involving the insertion of a long, thin tube called an endoscope through the patient’s mouth and stomach into the small intestine to remove tiny pieces of tissue for examination.

For the celiac patient, as well as for those with gluten sensitivity, eating gluten often makes them feel, quite simply, lousy. In addition to the medical benefits of eating a gluten-free diet, they will feel better.

Until they began a gluten-restricted diet in earnest, some patients never realized how terrible they felt before the offending gluten was removed. For children, this makes adherence to the diet easier to swallow. In the past decade, there has been a huge increase in gluten-free products available, and manufacturers are increasingly improving product taste and texture so that kids are very accepting of the switch.

Given the information available on the Internet, some patients believe that they can be self-taught to follow a strict gluten-free diet. But it’s not that easy.

For the celiac patient, even 20 parts of gluten per million (the upper allowance for gluten in a serving) can be toxic to villi and absorption. The Internet often gives either inconsistent or inadequate information about ingredients or sources of cross-contamination in our foods, kitchens, restaurants, and other places. Families also need menu planning, recipe conversions, and general strategies to deal with food exposures.

Because many gluten-free grain products are not fortified with minerals and vitamins such as a regular loaf of wheat bread would be, those with celiac disease should take a daily multivitamin to ensure adequate sources of B vitamins and trace minerals. Many children already have nutrient deficiencies from years of malabsorption before being diagnosed.

It is common to see inadequate vitamin D levels, inadequate calcium intake from secondary lactose intolerance, and failure to thrive or stunting in celiac patients. It is important that a qualified, licensed, and registered dietitian assess your child’s total diet for all micronutrients and fiber, since many gluten-free grains are deficient in that as well.

In addition, 10{06cf2b9696b159f874511d23dbc893eb1ac83014175ed30550cfff22781411e5} of celiac patients also have juvenile insulin-dependent diabetes, another autoimmune disease. Many gluten-free products can cause blood-sugar issues for people with diabetes because they may be more carbohydrate-dense compared to regular grain products.

The more fruits and vegetables — as well as legumes, including beans and nuts — that a child can eat, the better … even more than the five recommended daily servings. This will ensure adequate vitamins, minerals, and fiber, as well as promote healing of the intestinal cells. Also of note, many gluten-free ancient grains, which contain more nutrients than processed ones, are now re-emerging in the United States and are becoming widely available.

Many restaurants across the country are now boasting gluten-free menus. But be warned that many well-meaning staff working in the kitchens of these restaurants, as well as those at schools and colleges, are not properly trained to understand that even a crumb of gluten can sicken patrons, and therefore cross-contamination occurs frequently.

A restaurant might claim they have gluten-free hamburger buns, for example, but cooks are likely to put it down in the same spot where a regular bun just was, put gluten-free fries into a fryolator shared with breaded foods, or use a shared colander for gluten-free pasta. Cross-contamination can also occur in pizza shops and bakeries; deli slicers, toasters, and cooking utensils can be additional sources of problems.

Those with celiac disease must advocate for their needs in order to change the environment. After all, this is big business, and stores and restaurants want your business.

In the meantime, bringing your own food to school or to a dinner party is the safest way to be absolutely sure you are not eating gluten. Even if someone is trying their best to provide you with gluten-free foods, many people don’t realize how easily cross-contamination occurs.

And celiac disease is not just for kids.

The disease was originally thought of as an illness that first affects people in childhood. However, as celiac disease has become more recognized, we now know that people can develop the disease later on in adulthood. Also, because celiac disease is hereditary, any close relative of someone with celiac disease should be screened with a simple blood test.

Today, many older teens and adults are self-diagnosing themselves and following a gluten-free diet. While some people may have celiac disease and go undiagnosed, many have what is known as gluten sensitivity. They have a gastrointestinal sensitivity that improves on a gluten-free diet, but more importantly, they do not have celiac disease or the health consequences that accompany it.

It is important to be tested and to know for certain if you have celiac disease, which, without proper treatment from a doctor, can lead to long-term consequences involving nutritional deficiencies, poor bone density, and even cancer.

Despite the challenges facing both children and adults with celiac disease, they can still maintain an active social life, feel healthy, and enjoy some foods they weren’t able to before as the gluten-free market continues to expand.

Dr. Christopher Hayes is director of the division of Pediatric Gastroenterology and Nutrition at Baystate Children’s Hospital.

Nancy Anderson is a clinical dietitian in Food and Nutrition Services at Baystate Children’s Hospital. 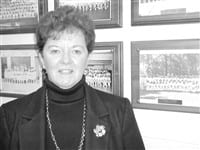