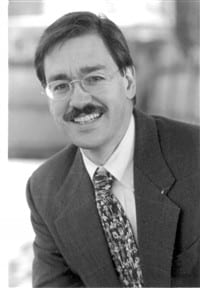 Baby Boomers might be getting older, Dr. Jeffrey Soldatis said, but they’re certainly not acting like it.
“That generation doesn’t want to give up its youthfulness. It continues to push,” said Soldatis, a shoulder surgeon with New England Orthopedic Surgeons in Amherst. “People want to continue playing tennis when they’re 60.”

That isn’t a bad thing, especially considering the medical advances that have improved joint health and reduced recovery time through minimally invasive arthroscopy.
But with less patient trauma comes a greater need to take appropriate steps toward recovery, including physical therapy, he said. After all, it’s not only professional athletes who are treating new joint treatments as miracle cures and getting back on the playing field too soon — it’s also high school athletes, recreation-loving adults, and, yes, senior citizens trying to do too much.

Medicine may have advanced a long way in the treatment of shoulders and other joints, Soldatis said, but without an accompanying dose of common sense, such treatments are no blessings.

Back to Work and Play

Soldatis has come a long way to where he is now, caring for shoulders, treating sports injuries, and offering medical advice in Massachusetts. After completing his undergraduate work at Dartmouth College and medical school at Case Western Reserve University in Cleveland — and a stint of active duty in the Army as an orthopedic surgeon — he completed his fellowship in Sports Medicine Arthroscopy at Baylor University.

Then, four months ago, Soldatis moved to Amherst, where he now treats sports-related injuries, arthritis, fractures, and general shoulder disorders — overall, a medical field that has seen significant advances over the past decade, especially in surgery.

Arthroscopic surgery involves exposing a joint, such as a knee or shoulder, through small incisions using instruments that allow the surgeon to explore and operate microscopically within the joint. The technique boasts fewer complications, less surgical trauma, and easier recovery than more invasive surgeries — and those improvements have been significant.

“I think we’re reaching the apex in terms of how quickly we can get someone back. We can’t make biologic healing go any faster,” he said.

Indeed, athletes who would have been sidelined for months or a year are now back playing within weeks — and there, Soldatis said, is the rub. Because patients feel better coming off of surgery, there is always a temptation to rush a return to activity, even when time off, with more therapy, would be a better choice. And that temptation extends to both professional and amateur athletes.

“They have to understand what their goals are. Sometimes, the hardest thing is making a high school player understand that he may need to invest a season in recovery so he can play next season without any problems, instead of coming back too early,” he said.

“We’ve seen them being pushed earlier and earlier,” he continued. “The parents think they’ll miss three games, and you have to bring them back to earth and say, ‘he’s 12 — take the appropriate time now to get him better.’ I usually draw an analogy to professional teams that take someone off the roster for awhile, or the problem won’t get better.”

Communication with the patient, right from the outset, is key, he said, noting that fewer athletes today understand the meaning of the term ‘season-ending injury.’ Just because a procedure is performed arthroscopically with less trauma doesn’t mean the injured area heals any more quickly. Sure, recovery is easier, he said, but it is important not to mistake easier for faster.

“If you can explain things in rational terms and give a timeline, they’ll understand where you’re coming from,” Soldatis said. “If you tell them up front, they’ll know that during the recovery, there’s never a period of time when they can do everything — it’s a gradual return.”

In small communities like Amherst and Northampton (where Soldatis performs some surgery at Cooley Dickinson Hospital), he said he tries to take the same approach he would with professional athletes — not only the same surgical techniques, but the same approaches to rehabilitation and therapy.

“An athlete’s recovery is in everyone’s best interest, including the team’s. Someone with this attitude is better off than someone who fights it and says, ‘I can do it my own way. ’”

The concepts and techniques driving arthroscopic surgery continue to be refined, making procedures easier on patients. For example, surgeons are now using more bioabsorbable materials — for instance, a screw made from a sugar polymer, not metal — that eventually dissolve, eliminating the need to reopen the joint. “Once the healing completes itself,” he said, “most devices will be gone in 18 months to two years.”

When it comes to shoulder replacements, no longer must three or four sizes fit all, so to speak. “We have a much greater range to be able to match with a patient’s anatomy, so we’re better able to recreate what was there before,” Soldatis said. “By doing so, we create a joint that lasts longer.”

However, as a rule, he noted, shoulder surgeons are about five years behind hip and knee surgeons in seeing technical and procedural advances, simply because not as many shoulder surgeries are performed. With knees and hips, both of which get more of a workout from daily life, there is a greater population of patients to learn from.

Whatever advances follow, Soldatis’ emphasis on doctor-patient communication will remain constant. For instance, if a condition will result in complete strength but a loss of motion, patients know that up front — along with what is expected of them following a surgery or other treatment.

“With arthroscopic intervention, we can bring people back to their former function better,” he said. “But no one should put off shoulder symptoms for a long time. If they’re having problems and see a doctor, we can identify it before too much damage is done. The earlier we can identify it, the easier it is to deal with from our standpoint, whether it’s just therapy or surgical intervention.”

But that, of course, is only the beginning of the patient’s job — to employ common sense and hard work in completing a successful rehabilitation. After all, joint repair is a burden that surgeons should not shoulder alone.

What’s in That Lunchbox? – Back to School Means Back to Good Nutrition Basics