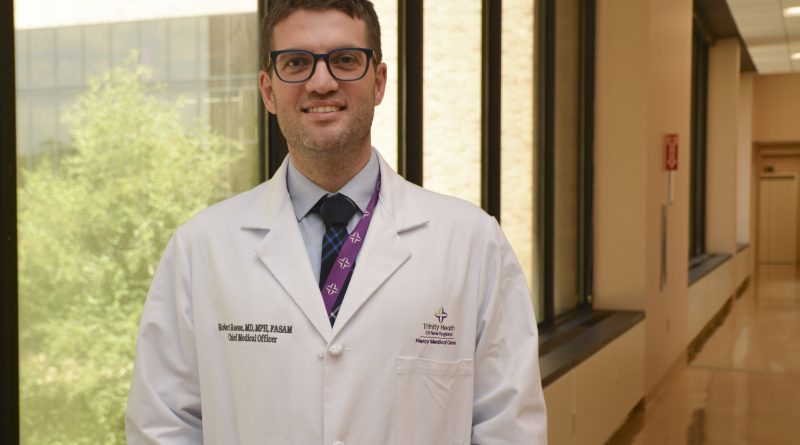 In many respects, Dr. Andy Artenstein says, the COVID-19 virus acts like water in the home in that, if there are leaks, it can go where you don’t necessarily want it to go and cause major problems.

“Water will always find a path,” Artenstein, chief physician executive and chief academic officer at Baystate Health, told BusinessWest. “But if you block off all the paths, you have a chance; it’s the same with the virus.”

With that, he worked to explain why it is that Massachusetts, more than most of the other 50 states at this particular moment in time, is seeing the number of hospitalizations and deaths stemming from the virus decline sharply. In short, and in his view, the residents of the Commonwealth are essentially, and somewhat effectively, blocking off the paths the virus might take.

“We live in a society where there’s free mobility — that’s one of the things we love about our society. But it’s also one of the things that puts us at risk when there’s a transmissible agent rooted in this society,” he explained. “And this one is clearly here; it’s clearly transmitted in our community. It has not gone away; it’s just that, if viruses don’t get transmitted from person to person … if the virus has nowhere to go, it puts a wall from that root of transmission. You start to block off transmission paths.”

This was Artenstein’s way of explaining why, as one looks at a map of the country charting cases, hospitalizations, and deaths from the pandemic, Massachusetts is colored or tan or pink, while so many other states, especially in the South and Southwest, are dark shades of red, indicating they are hot spots.

“Massachusetts, along with a few of the other states here in New England, like Connecticut, New Hampshire, and a few others, seem to be solid, if nt shining, examples of how a state encompassing multiple different communities can effectively slow down the rate of transmission of the coronavirus,” he said. “More than 40 other states are seeing significant increases in numbers of new infections, while here, over the past several weeks, we have not seen that increase; rather, we’ve seen a plateauing at a very low level.”

He punctuated those comments with some statistics from his facility. Indeed, he noted that hospitalizations stemming from COVID-19, which numbered in the 50s daily on average in April, the height of the surge in this region, were down in the 20s in May, then the single digits in June. Starting in early July, there were several days when there were no hospitalizations.

Clearly, the state is doing something right, or several things right, when it comes to blocking paths for the virus, and we’ll get to those. But this begs a number of questions — especially, ‘is this sustainable?’

The quick answer, said Roose and Artenstein, is ‘yes.’ But there are a number of caveats, especially as more segments of the economy reopen in more cities, including Boston, and as the new school year is poised to begin. In their view, the Commonwealth has acted prudently in not opening too much of the economy too quickly. Staying that course is essential, they said, adding that it appears the state is committed to the slow, steady, and safe method.

Meanwhile, travel is another key factor in this equation, both people from this state traveling to others and people from other states coming here — actions that create paths for the virus, rather than block them.

“Massachusetts and other states now doing well have been cautious in giving guidance to residents about limitations on travel and quarantining of individuals who have come from other states where there are increasing numbers of infections,” Roose said. “To me, that is likely to be the most significant factor going forward, because of the rates of infection in other parts of the country; interstate travel represents one of our most significant risks in terms of keeping our rates of transmission is this local community low.”

“It’s exhausting — for all of us; I’m not just talking about the healthcare side, I’m talking about life,” said Artenstein. “There are certain things that you just miss having as social human beings. But the longer you can sort of wait this out and stretch this out, the better off we’ll be.”

In other words, people can’t relax or think for a moment that maybe it’s time to start talking about the pandemic in the past tense.

As they talked about the state’s current status as a … let’s call it a cold spot for the virus, both Roose and Artenstein praised the Commonwealth’s approach to reopening, which has been described by both those supporting and criticizing it as slow and careful.

Artenstein had another word for it.

“It’s painful, because we all want to get back to a sense of normalcy,” he explained. “It’s exhausting that you can’t do what you like to do the way you used to do it, and eventually we will be able to. But this approach has paid dividends; you get used to a little bit of a new normal, but you also know that you’re moving toward something.”

“What I think Gov. Baker and the Executive Office of Health and Human Services have done very well is be cautious, rely very clearly and directly on the key data points, and move slowly but consistently through a phased reopening,” he explained. “In other states, governors had moved much more quickly, and we’re seeing the effects of that now; in many states, they’re seeing such significant increases that they’re moving backward and rolling back some aspects of their reopenings.

“It’s not to say that this same type of thing couldn’t happen here,” he added quickly. “But relying consistently on key data and reinforcing consistently the important public-health and safety strategies that we know are effective in reducing transmission — that has not wavered, and I think that has sent a very consistent and strong message to residents to continue to wear masks, be cautious with increasing your social circle, practice hand hygiene, and quarantine when you’re sick.”

As a result of the slow reopening plan and diligence with things like mask wearing, contact tracing, social distancing, and testing, the Commonwealth has effectively moved past the first wave of the pandemic — while other states have clearly not, said those we spoke with. It is now in what Artenstein called a “window,” where, he said, residents must be diligent about not backsliding when it comes to mask wearing, hand washing, keeping one’s distance, and other preventive measures, while also preparing for the second wave that most say is almost certain to come in the fall or winter.

“That’s just historically what pandemics do,” he explained. “They don’t all do that, but statistics will tell you that there will be at least a second wave if not more waves.”

What will those waves be like? It’s difficult to say at this point, said Roose and Artenstein, adding that a number of factors will dictate the level of infections and how well the healthcare community can respond to the next surge.

But in the meantime, and while still in this window, the state’s residents and business owners alike must continue to stay the course, the experts said.

“We still could do better in terms of how often people wear masks in pubic and follow the public-health recommendations,” said Roose, adding that state leadership must continue to reinforce those messages. “We know that when we give those recommendations and that guidance and it’s clear and connected to science, it helps, and it’s certainly important to be consistent about it, or people will have less inclination to follow them.”

Meanwhile, as the state proceeds with phase 3 of its reopening plan and eyes phase 4, testing will be another critical key to closing off paths the virus might take.

“I believe strongly that adequate capacity and widespread testing are critical for us to continue to move forward into phase 4 and into a state where the community is engaging as fully as it can,” Roose said. “That allows us to ensure that, if we do identify infections, we can mitigate the spread; widespread testing is really critical, and we’re not yet where we need to be, as state and as a country. We still could be doing more, and I think the ways we do testing will continue to get easier and more readily available, and that will help quite a bit.”

Artenstein agreed, but quickly noted that all the steps people have been taking — and hopefully will continue to take — only serve to slow or inhibit the spread of the virus. The virus is still there, and it will remain there until a vaccine is developed.

“You can temporarily shut down or limit transmission,” he said, “and then you have the chance for other things to kick in, such as therapies and better approaches to diagnosis and treatment. Those things take time, but they can get a chance to take root once you’ve already established those public-health principles.

“It’s pretty obvious that limiting public gatherings and staying the course has helped,” he went on, returning to the thought that, however painful and exhausting the last few months have been, the strategy moving forward for the state and all its residents has to be to continue to wait it out and, as he said, “stretch it out.”

Turning the clock back 100 years, to the so-called Spanish flu, Artenstein said the second wave of that pandemic was more severe than the first in many parts of the country simply because communities eased off on restrictions and returned to what life was like before it struck.

“A lot has changed in 100 years — science, technology, people, etc.,” he told BusinessWest. “But one thing that hasn’t changed that much, in my opinion, is behavior. We may be able to further mitigate any future surge, just as we mitigated this surge, by adhering to public-health guidelines. If we can keep that up, and then get some help with testing, better contract tracing, better therapies, which will happen, and maybe a vaccine…”

He didn’t completely finish the thought and instead stressed that this ‘if’ is a very large one, and there are really no certainties when it comes to this strategy.

But the very best strategy at the moment, he stressed, is to string this out and close off those pathways the virus can take. 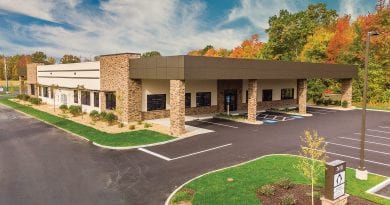 Healthcare Construction Is Picking Up, but Questions Remain 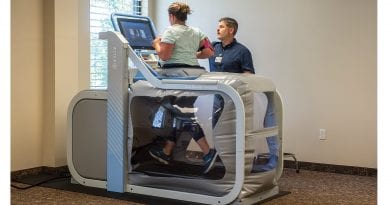