HOLYOKE — More than halfway toward its $4 million goal, Holyoke Hospital’s Yours For Life campaign is garnering strong support in the community, spearheaded by major contributions from area banks and family foundations.

That’s been an encouraging development for the campaign’s leadership team, including campaign co-chair Joseph Wright. The campaign is being held to support the hospital’s $11.1 million expansion project, which is geared toward improving patient care and enhancing outpatient services at the facility. Among those who have paved the way with campaign support are PeoplesBank, which gave a leadership gift, followed by support from several other prominent financial institutions, including the Bank of Western Massachusetts, Westfield Bank, and the Holyoke Credit Union, among others.

Also, the generosity of foundations such as the Irene E. and George A. Davis Foundation, the Community Foundation of Western Massachusetts, and the Beveridge Foundation underscore

the need for improvements to the hospital’s facilities and faith that their investment will yield a stronger health care provider to those in need. Groundbreaking for the project took place in August, and steel went up during the winter.

The addition is the hospital’s most significant building effort in its 110-year history. The project includes the construction of new operating rooms and new endoscopy rooms in order to help the hospital meet rapid technological advancements and increasing demand for outpatient services.

Other areas which will be included in the project are the patient registration area, front lobby, recovery rooms, Laboratory, Cardiology, Anesthesia, Medical Records, and the gift and coffee shop. 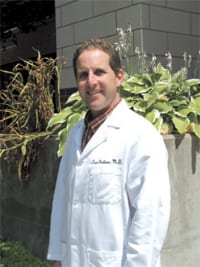 Clear Evidence Statistics Bear Out the Importance of Colonoscopies