With considerable fanfare, Baystate Health recently opened the doors to the $296 million facility that had been called the Hospital of the Future, and is now known as the MassMutual Wing, which houses the Davis Family Heart and Vascular Center. At top, cardiac patient Siegfried Renner of Shelburne Falls cuts a blue ribbon officially opening the new MassMutual Wing on March 2. Renner was assisted in his efforts by others with gold scissors, including, from left, U.S. Rep. Richard Neal; Dr. Mara Slawsky, director of the Heart Failure Program at Baystate Medical Center; Marta Sokolowski, RN in the Davis Family Heart and Vascular Center; Mark Tolosky, president and CEO of Baystate Health; Richard Steele Jr., chair of the Baystate Health Board of Trustees; Heather Musselwhite, patient care technician in the Davis Family Heart and Vascular Center; and Springfield Mayor Domenic Sarno. At center is the new Daly entrance that was totally redesigned in the expansion. At bottom is Dr. Kugelmass, chief of the Division of Cardiology at Baystate, during a recent tour of the new building.

At below is a shot of the D’Amour Family Healing Garden, intended to be a place of relaxation for patients, families, and staff in the MassMutual Wing. Above is Dr. Mark Hirko, Baystate’s chief of Vascular Surgery, leading a tour through one of the cardiac ICU rooms. At right are, above, one of the state-of-the-art nursing stations that line the halls of the heart and vascular center, and, below, one of the private, cutting-edge patient rooms. 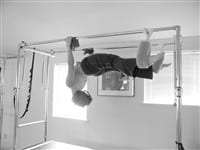 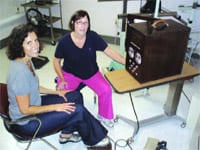