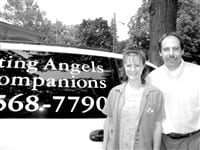 Joe Arduino was on a plane bound for Colorado and a long-awaited ski vacation back in January 1999 when, while perusing his copy of Entrepreneur magazine, he spotted an ad for a fledgling franchise called Visiting Angels.
It was the name that first caught the attention of Arduino, then a copier salesperson who had an entrepreneurial streak and wanted to channel his energies into a company selling quality of life, not widgets or cheeseburgers.

“I always wanted to get into a business where you could make a difference,” he told The Healthcare News. “I wanted something in health care or a related field … the idea of helping people captivated me.”

Today, Arduino, who didn’t wait to get home before calling the number in his magazine, now manages, with his wife, Michele, what was the ninth franchise in the Visiting Angels chain, a Pennsylvania-based company that provides living assistance services ranging from help taking medication to visits to the grocery store. Their business, started in Worthington but later moved to Westfield, is now one of 115 franchises across the country.

Visiting Angels, and the Arduinos’ franchise in particular, have seen dramatic growth in recent years as an aging population and growing demands on the younger generation tasked with caring for their parents have combined to create strong need for enterprises that can provide elders with a greater sense of independence.

Such services help keep more individuals at home, said Michele Arduino, and not in a nursing home or assisted living community. This phenomenon helps families save money, she explained, but also spend more time together.

Three years after opening their venture, their Arduinos say it has more than exceeded their expectations as a profitable business. Meanwhile, it has also provided healthy measures of personal and professional satisfaction.

“It’s really rewarding to help people stay independent,” said Michele Arduino, who left a job as Worthington’s postmaster to join her husband in the growing venture. “In this business, you can really change someone’s life.”

Joe Arduino said he spent a lot of time looking into Visiting Angels before he bought into the company. What sold him was the company’s efforts to provide meaningful and effective companionship for seniors — a need he recognized in his own family.

From a business perspective, he said the company’s “product” had vast potential in a society that is growing progressively grayer. There was already a strong need for the service, he concluded, and it would only grow with time.

“In years past, it was assumed that the children would take care of their parents,” said Michele. “But the reality is that children often live far away from their parents, and if they don’t, they’re busy working and raising their own families — so there’s a void.”

Looking to fill that void, the couple — Joe working full time and Michele helping out with the books and payroll — started their franchise near their home in Worthington, a community of about 1,000 people situated roughly halfway between Westfield and Northampton.

The venture enjoyed initial success, said Joe Arduino, but its location soon became a liability. While the company could, in theory, serve all of Hampden and Hampshire counties from Worth- ington, he explained, the mailing address often gave potential clients second thoughts. “They thought it was too remote to adequately serve them.”

Since relocating the business to Court Street in Westfield, the couple has enjoyed the rapid growth they anticipated from the outset. Using a wide variety of referral vehicles, the company now has more than 40 clients and provides about 3,000 hours of service per month.

The nature of that service, as well as the amount, varies from client to client, said Joe, noting that some require 24-hour service at times, while others need only a few hours a week.

It is the company’s flexibility to take on both extremes that separates it from many of the ventures that provide similar services, he said. “Most companies won’t accept a client that wants only two hours of care a week,” he said. “We’re small, we’re flexible, so we can do that.”

The company’s services are covered by insurance in some cases, he said, but the vast majority of clients are paying privately (services are offered at $17 per hour), which provides the venture with a number of advantages.

For starters, the company isn’t subject to fluctuating — and usually insufficient — reimbursement rates from public and private payers. What’s more, it is not burdened by the strict rules of the insurers, which often make it difficult to provide quality care.

“We’re not bound by the rules of Medicaid or the other insurers … we’re not limited in what we can do,” Joe said. “We don’t have to try to provide three hours of service in one hour to keep the cost down — we can do it in three.”

The two stressed that Visiting Angels is not a visiting nurse association. Its caregivers can provide help with taking medication, as well as ambulatory and mobility assistance, but the services are essentially non-medical.

However, those providing the care often have backgrounds in health care, as certified nursing assistants (CNAs) or former nurses. These individuals, ranging in age from their early 20s to their mid-60s, give clients back a measure of the independence they have lost due to illness or the simple effects of aging.

“One of the things that signals a loss of independence for many people is losing their ability to drive,” said Joe. “Losing one’s independence is a difficult thing, and we simply try to help people remain as independent as possible.”

In the process of doing so, aides provide services that range from trips to the grocery store to visits to Foxwoods casino.

“Many of the services we provide go beyond the home and include fun things like trips to BINGO, local museums, or even the casino,” he said. “It’s all about quality of life.”

The key to providing quality service in the caregiving environment, said Michele Arduino, is making a solid match between client and aide. “Caregivers with character” is one of the company’s slogans, she said, and it is that philosophy which guides the often time-consuming process of making a match.

The two spend roughly 50{06cf2b9696b159f874511d23dbc893eb1ac83014175ed30550cfff22781411e5} of their time reviewing applications, checking referrals, and running background checks on candidates, she said. While experience in health care is preferred, the company’s real priority is compassion.

“We look for compassionate people … we approach the process of hiring people as if we were interviewing for aides for our parents,” she said. “We ask ourselves, ‘would we want this person caring for someone we love?’”

Taking the process one step further, the company allows the client to meet with the prospective caregiver to make sure the match is a good one.

While the health care profession as a whole is struggling to find and retain quality help, Visiting Angels has enjoyed what Joe Arduino called a surprisingly good rate of retention. “We have several people who have been with us from the beginning,” he said.

While the couple admits to thinking about expanding their venture and perhaps adding another franchise, for now they are focused on growing their Westfield operation.

Three years after getting Visiting Angels off the ground — figuratively — the couple is enjoying profits but, more importantly, that sense of making a difference.

“That’s why I chose this company over some of the other ones I was looking at,” Joe explained. “Here, I get to give something of real value to people independence.” 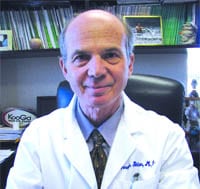