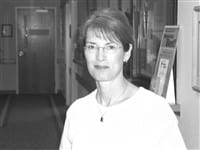 It’s telling, said Sr. Margaret McCarthy, that the Sisters of Providence Health System’s Pastoral Care Program was renamed the Spiritual Care Program years ago.
“Pastoral connotes a pastor and a relationship with a parish,” said McCarthy, Mercy Medical Center’s director of spiritual care. “Spiritual care is just what it says it is: care of the spirit.”

And, while the church experience works for many people, many others find spiritual well-being outside traditional religions. Those who work to meet the needs of hospital patients must know how to minister in more than one way these days, McCarthy said.

The name change is emblematic of an area of health care that doesn’t get as much attention as doctors and nurses, but is just as important to many patients — and is a field which has had to grow and change with the times just as any area of medicine has.

This month, The Healthcare News examines the changing role of hospital chaplains and spiritual care departments and why institutions believe they remain vital in 21st-century medicine.

It was only a few years ago that the Joint Committee on Accreditation of Healthcare Organizations (JCAHO) mandated that all health facilities have a spiritual-support program in place.

Because of that, the field has opened up significantly, McCarthy said. However, unlike decades ago, when chaplains were basically priests, pastors, and nuns, more and more laypeople are entering the field, even though the education required is demanding: a master’s degree in theology, plus four additional units of study to prepare for the specific ministry in health care.

One challenge in the health care setting is to minister to people of all religious backgrounds. The Rev. Nancy Dann, interfaith oncology chaplain at Baystate Medical Center, was ordained in the United Church of Christ, but her job has nothing to do with evangelizing for Christianity.

“I’m interested in what a particular person’s religious tradition is, and I want my ministry to be compatible with that tradition,” she said. “All chaplains are trained to be respectful of each person’s belief system.”

Dann’s goal is to help patients toward a higher level of spiritual well-being, as studies have shown that spiritual wellness often translates into better medical outcomes, as well as reduced anxiety and depression.

“Spiritual well-being is defined as having a positive relationship with God, and if they see that God is loving and is with them in the midst of a crisis, that will enhance their well-being and reduce their psychological distress,” Dann said.

For someone whose religious background isn’t focused on one God figure, such as a Buddhist, she might direct that person toward meditation. The idea is to reconnect them with their religious roots if they want that, but always to offer comfort.

“Many people become more spiritual when they’re going through a health crisis, and they look to religion for moorings, comfort, and a sense of peace,” she said. “People who have become alienated from their church are often open to reconnecting with their faith roots, and I’ll facilitate that, but only if the person wants it.”

Connections of another sort are drawing workers from other areas of health care into the ministry as chaplains, McCarthy said. In fact, three chaplains in Mercy’s department are former nurses — and it’s a move that makes sense to many nurses who feel that the red tape of their jobs is keeping them away from one-on-one care.

“These nurses went into the field to help people full time, but the job has changed, and they can’t do what they intended to do, which is to be the primary advocate for patients,” she said. “They wanted to get back to doing what they got into nursing to do in the first place.”

But the modern chaplaincy isn’t simply offering comfort. There’s an ethical component as well, McCarthy said. Some patients struggle with the idea that appropriate doses of pain medication carry a risk of shortened life and need to hear that it’s OK to relieve their suffering. Others want to hear that they don’t have to continue a treatment that has become more of a burden than a benefit, such as dialysis.

And these are questions patients often feel better addressing to a stranger, she added. Chaplains must also learn to identify emotional barriers to physical health, whether they are unresolved grief issues, depression, or lack of a will to live.

“I’ve gotten referrals from physical therapists when a patient hasn’t been interested in doing physical therapy,” said Becky Jones, chaplain at Cooley Dickinson Hospital. “It’s not my goal to try to get them to do the therapy, but to learn about their life and find out where they’re stuck. We’ve had some pretty good results in moving people along.”

McCarthy repeatedly spoke of the various “gifts” of the health system’s spiritual care staff, or the varied backgrounds and disciplines they bring to their roles. And that’s important, since the types of people who need spiritual support are in such varied situations, from teenagers to patients at the end of life, from post-surgical patients in physical therapy to those dealing with cancer.

Even those focusing on oncology are dealing with people in many different stages of treatment, she added. Dann knows about that, focusing as she does on cancer patients as part of Baystate Medical Center’s chaplaincy program.

One shift Dann has noticed is that a great number of people who would have been inpatients a decade or two ago now undergo treatment on an outpatient basis — and they need spiritual support as much as acute-care patients do.

“When I was doing my chaplaincy internship, one thing I noticed was that people who used to be inpatients are now outpatients, and it seemed logical to me that chaplaincy services should be offered to them as well,” she said.

Nowadays, Dann meets with oncology patients throughout the entire continuum of care, from when they receive the initial diagnosis through the first round of treatments and during recovery or recurrence. She even conducts funerals for some patients, as well as grief counseling for family members.

“It really encompasses the spectrum of care for people who have cancer,” she said. “One of the blessings is that I really get to know people. I might follow someone off and on over the course of four or five years.”

In that time, she said, depending on the patient’s needs, she might provide emotional support, hook them up with resources related to the disease, put them in touch with spiritual resources, or even co-write specific prayers with them.

“If someone says to me, ‘oh, I feel good that people are praying for me,’ we can write a prayer together,” Dann said. That prayer may then be E-mailed to family and friends so that everyone is saying the same prayer for the patient. “People seem to find a lot of comfort in a custom prayer that’s unique to their needs and their hopes.”

Dann also conducts a worship service twice each year for current and former cancer patients. The services are focused on five themes: surrendering fear, hope, peace, God’s love, and the importance of community support. “It’s amazingly comforting for people, and the feedback from these services is just wonderful,” she said. “They see doctors praying for them, nurses, other patients … it’s very inclusive.”

Jones said she conducts education classes on various spirituality-related topics, has co-led a bereavement support group with a hospice organization, and helps refer patients to bereavement resources in the region. In all these efforts, she too recognizes the value of not only spiritual ties, but community ties as well.

Before Jones took on Cooley Dickinson’s chaplaincy seven years ago, there was a gap in spiritual support services. Now, as medicine progresses rapidly into the new century, she said the chaplain’s role is a needed one — as well as a throwback to a simpler time in health care.

“These days, health care is so pressed, and everyone has to be as efficient as they can, see as many people as they can, and limit contact,” she said. “One of the wonderful gifts of my job is that I don’t have a quota of people to see. I can go where I’m directed and spend quality time with people.” 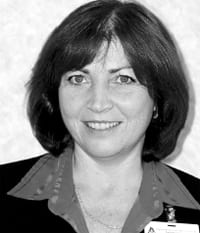