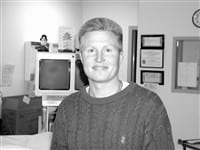 Dr. Ronald Paasch holds a pair of long, needle-like appliances in his hands. The shorter appliance, about eight inches long, is indeed a needle. The second, a couple of inches longer than the first, is a catheter.

They are the key instruments in a new procedure designed to help relieve pain for people suffering from severe back discomfort. The procedure is called intradiscal electrothermal anuloplasty, a mouthful known by the acronym IDET for short.

The significance of this is not reflected only in the reduction of pain. Each year, approximately six million Americans make new visits to physicians for back pain, and nearly 500,000 require hospitalization. In addition, studies estimate that the direct medical costs for lower back pain are roughly $24 billion. The indirect cost is more than double — some $30 to $40 billion in lost work time and workers compensation.

The details of IDET are simple to explain. The physician inserts the catheter into the needle, and the needle is inserted into the disc, but not so far that it enters the spinal column itself. The catheter is then heated to 90° C (194° F) for about 17 minutes.

At that temperature, two things happen. One is that the nerve endings conducting the pain are killed. The other is that the collagen of the spinal column unravels from its natural spiral configuration and thickens.

“The collagen then flows into the cracks in the disc and fills them,” Paasch explained. “At least, that’s the theory. We don’t really know for sure if that’s exactly what happens every time.” When questioned why not, he noted, “all of this happens at the molecular level. We can’t really tell if the collagen has flowed the way we want in each patient except by looking at cadavers. That’s how the original research was done.”

However, the statistical and subjective analysis indicates that the collagen flows properly in most people.

“Everyone feels pain in a different way,” he said. “We base our follow-up on a questionnaire that asks the patients to describe their own pain. How they respond gives us a measuring stick. If a patient tells us that his pain was a 9, and now it’s a 4, we know that he has experienced very significant relief. We don’t use the VAS Questionnaire to measure their pain because that is for the researchers.”

The VAS is a far more detailed questionnaire that attempts to quantify pain in an objective manner. A six-month double blind study, the results of which were released at the annual meeting of the International Spinal Injection Society in Austin, Texas in September 2002, did use the VAS to quantify its results. What the researchers found was no surprise to Paasch.

“The scientific evidence of the double-blind study pretty much confirmed our results from our more anecdotal approach,” he said. “About two-thirds of the patients received significant benefits from IDET, and others less relief.”

Paasch went on to say that the pain relief itself is usually a long-term prospect. “We do have patients that report their pain is gone the next day, but that is very rare. Generally, the pain relief takes place over a two-year period. There is a plateau of relief after about six months, then again about six months later, and by about two years after the operation, patients have gotten all the relief they are going to get.”

He also said that, on occasion, patients may need some pain relievers for a week or two after IDET to counteract the effect of the procedure itself. “After all, we are poking around in an already painful area with a very hot instrument,” he said.

So, then, is IDET a procedure of last resort? Not at all, Paasch said. “We work closely with the surgeon. We are not normally the first physician the patient comes to. However, after discussing the options, the surgeon often recommends to the patient that they try IDET first.”

Surgery is always an option, he noted, but IDET is far less invasive with a correspondingly shorter recovery time.

Pioneer Spine and Sports Physicians on Elm Street in West Springfield, where Dr. Paasch maintains his office, is a bustling medical center with 11 physicians on staff as well as seven physician’s assistants. In all, close to 100 employees see to the needs of patients.

Paasch, who is the senior partner and serves as president of the center, has performed the IDET procedure on almost 200 individuals. Two other members of the staff are also qualified to do IDET, and they have performed about 20 more.

They do the actual operation at the Weldon Rehabilitation Hospital Pain Clinic at Mercy Medical Center in Springfield. The hospital provides the equipment, facilities, and support staff such as nurses for medications and recovery, and X-ray technicians. It is a day-stay procedure that takes about 45 minutes for a single-level (one-disc) operation, twice as long for a two-level operation. It is performed under both local anesthesia and conscious sedation.

Paasch was trained in the procedure by the company that developed it, Oratech of California, in 1998 (Oratech has since been sold to Smith & Nephew of London). He took further training in Boston before performing his first procedure in 1999. He has also served on Oratech’s teaching staff.

Besides the three physicians in West Springfield, other New England doctors performing this new procedure work in Pittsfield; Portland, Maine; and several in Boston. There are approximately 3,000 to 4,000 doctors doing this procedure throughout the world and over 40,000 patients who have undergone IDET.

Given the number of people in the United States alone who suffer from back pain, that’s not very many. IDET is not for all kinds of back pain, and there are disqualifying conditions, but there is another reason why so relatively few procedures have been done. People, particularly patients, are not aware of it yet.
“This procedure is only about five or six years old,” Paasch explained. “It is still very new.” As with any new procedure, its long-term effects are unknown. “Because it is so new, we simply don’t know yet how long the benefits last. They may very well last a lifetime, but we don’t know that yet.”
IDET may not be a panacea for back pain from herniated and bulging discs, but it certainly is a significant new step in the right direction. 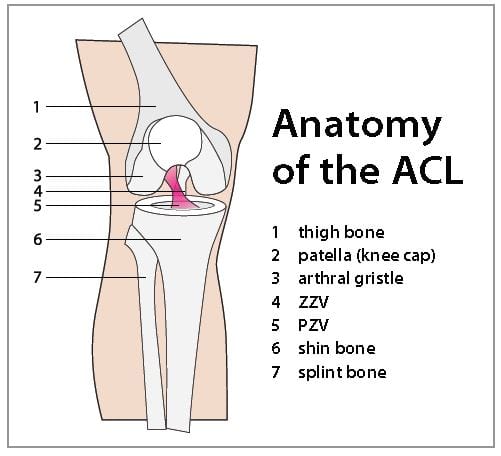