Sometimes, the headlines can seem a little contradictory.
At the same time that we’re reading that hospitals and other health care providers are struggling, losing money, or even laying off employees, we’re also reading that they’re taking on expansion projects, adding new services, or moving into new fields of care.

While this might seem confusing to the public and, in some cases, to employees — especially if there have been workforce reductions or budget cutbacks — the phenomenon is an intriguing piece of the puzzle that is modern health care.

In short, hospitals must continue to grow, despite their well-documented fiscal woes, or they risk losing their ability to compete.

Holyoke Hospital’s recently announced $11 million, 33,000-square-foot expansion and renovation project is a perfect example. Like all hospitals in the area and across the state, the hospital has been hit and hit hard by inadequate reimbursements from private and public payers. While two-thirds of the hospitals in the state have been losing money the past several years and others have gone out of business altogether, Holyoke has managed to squeeze out very small positive operating margins.

This is due to tight fiscal management and new operating efficiencies that have wound up hurting the hospital in one way.

Indeed, when the state announced it was making funds available to “distressed” hospitals in 2000, Holyoke Hospital President Hank Porten applied for relief, only to be turned down because his hospital didn’t meet the specific definition of “distressed.”

Still, Porten uses that word to describe his facility — “every hospital in the state is distressed,” he said — and yet he and his board are moving forward with an ambitious expansion project, one of the largest in the hospital’s 108-year history.

When asked if the hospital could afford to take on such an initiative at this time, Porten said, in essence, that it couldn’t afford not to.

Despite their fiscal woes, hospitals can’t afford to stand still or wait for the economic situation to improve. If they do, they risk falling behind — in terms of technology, customer service, and community outreach — at a time when competition within the industry is greater than ever.

Holyoke’s expansion plans call for the building of two new operating rooms and two new endoscopy rooms, as well as the renovation or expansion of the patient registration department, front lobby, recovery rooms, and other facilities. A $4 million capital campaign is set to begin this spring, and ground will be broken by late summer.

Porten told The Healthcare News that the changes aren’t for today — although some of them are, in fact, overdue — but for tomorrow. To remain competitive for the long term, he said, the hospital will need larger operating rooms to accommodate advancing technology and more square footage to handle ever-increasing volumes of outpatient cases.

While Holyoke is moving forward with its plans, it is clear that many infrastructure improvements and needed expansions are being put on hold because hospitals and other providers don’t have the flexibility to take them on.

Indeed, the ability to plan for tomorrow is what is being jeopardized in the ongoing fiscal battles being fought by the state’s hospitals, nursing homes, behavioral health centers, and other providers.

One administrator told The Healthcare News that in the current environment, hospitals — most of them anyway — are able to “get by,” but that simply isn’t good enough.

Hospitals and other providers need to be able to do more than pay the bills on their desks today, he said. They need the flexibility to invest in new technology, take care of their infrastructure, and put in place a workforce that can meet the community’s needs for the longterm.

Hospitals have always had to keep one eye on the future, he explained, but the current budget situation allows most to do only that — look toward the future but not exactly take steps to be prepared for it.

The Legislature begins a new budget session in a few weeks (yes, they just finished with last year’s), and there will be extreme pressure to make cuts in a number of areas to make ends meet. By being frugal and forcing hospitals and other providers to operate on the edge the past several years, state and federal leaders have made it more difficult for them to adequately prepare for tomorrow.

In this budget session, they need to make sure that providers have the flexibility to do more than just get by. 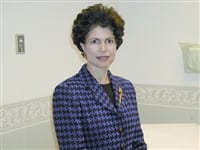 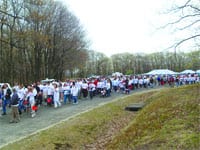