In a year of tough budget decisions, few entities emerged unscathed from the debate in the state Senate and House of Representatives.
When legislative leaders produced a compromise budget of $22.93 billion for fiscal year 2003, the sharp cuts necessitated by the closing of a $2 billion shortfall were felt across the board — in public education, public safety, courts, and, yes, health care. Meanwhile, Acting Gov. Jane Swift is expected to veto another $300 million in spending.

But the health news came with positives and negatives. Lawmakers couldn’t avoid slicing $70 million from a Medicaid account the pays for health care for the long-term unemployed, meaning that between 25,000 and 50,000 people served under the plan will lose their health coverage.

But, on the other hand, legislators in the Senate refused to cut the state’s $25 million program that allows clinics to dispense methadone, a synthetic drug used to help wean heroin addicts off that drug. The House had voted to eliminate those state-funded clinics in its version of the budget, but the Senate won a concession in the final compromise.

The $70 million Medicaid cut comes as overall Medicaid funding will rise by $250 million to $5.75 billion, but it’s still a painful cut for long-term unemployed residents, who average $3,500 in annual income, according to Marcia Hams, deputy director of Health Care for All, a statewide health care advocacy group.

“It’s really a moral outrage,” Hams told The Boston Globe. “These people have very high medical needs. It’s going to really destabilize hospitals because people are going to have no choice but to go to emergency rooms.”

If that’s the case, what some consider a moral issue might become an access issue. Hospital emergency rooms across the Commonwealth already struggle with a crisis of finances and staffing that require them to divert more patients than they would like to other hospitals — and one aspect of the problem is the use of ERs for primary care by uninsured residents.

He first called the proposed Medicaid cut “disgusting” and still calls it demoralizing to many legislators, but he insisted that Senate leaders had to make some concessions to the House in order to produce a compromise budget, and there was no way to hang onto the funds for insurance for long-term unemployed residents.

Many opponents of the cut were pleased, however, that the cut won’t go into effect until April 1, instead of Jan. 1, the date backed by House leaders. Montigny himself expressed hope that the change will buy some time to perhaps restore the money before the spring.

In the end, budgets are about compromise, and we’re gratified to see that what many lawmakers no doubt saw as an easy, even popular budget cut — the funding for methadone clinics — was in fact retained through the budget year. The $25 million reduction would have no doubt eased other budget decisions, but by closing the clinics, it would have not have solved the larger problem of heroin abuse and might have created new problems.

Methadone clinics provide addicts with a prescribed drug that reduces cravings for heroin and blocks the body’s ability to get high on the drug. And that’s important, considering that heroin use in Massachusetts has doubled in the past decade, according to the state Department of Public Health.

Methadone, while also an addictive drug that some users stay on for years, has given hope to thousands of heroin addicts across the country. And by helping addicts kick heroin, the clinics help reduce the costs of treating heroin addiction. Cutting out the clinic funding, clearly, makes little sense from a fiscal perspective.

This has been a difficult budget season for lawmakers. Higher education was slashed by $22 million, while environmental programs were cut by $35 million, and the judiciary was cut by $15 million. Few agencies emerged unscathed — and taxpayers didn’t, either, as legislators added $1.24 billion in tax and fee hikes.

Perhaps there is time to restore some of the lost Medicaid money for those who badly need health insurance. That would be nothing but a positive — but in such rough budgetary waters, it seems that, when it comes to needed health care, up to 50,000 unemployed residents might soon be swimming alone. 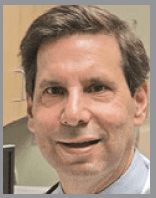 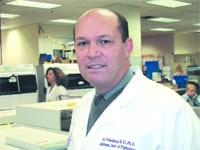