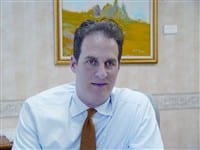 When asked whether it’s more difficult to recruit employees to Berkshire Medical Center in Pittsfield than to a facility in, say, Springfield, Arthur Milano was quick with an answer.
“We’ll be getting electricity here soon,” he joked.

His point was clear: many people who don’t live in Berkshire County or make a habit of driving out there might not realize that it’s not a backwoods black hole.

The challenge, he said, is to attract a quality pool of employees who might not be aware of what the region has to offer, particularly at a time when the Springfield and Northampton areas make more news for their cultural and recreational amenities.

“Sure, there’s not as much traffic coming into this county as there is in Boston or other metropolitan areas, but we find that people are very attracted to Berkshire County when they take a look at it. When we get people out here, most like what they see in terms of recreation and culture.”

He’s not the only hospital administrator who must promote an entire region — or at least amenities not related to the hospital itself — in the facility’s overall recruitment efforts. Whether it’s Greenfield, Palmer, or even the upper reaches of North Adams, geography plays a role in who comes on board. But, as administrators told The Healthcare News, the pros of any given area tend to outweigh the cons — if they are communicated correctly.

Jeff Stevens doesn’t believe the location of North Adams Regional Hospital — nestled in the northwest corner of the state — poses a major concern in recruiting efforts.

“North Adams has its own package of attractions,” said Stevens, the hospital’s vice president of Human Resources. “Some of them may be more hidden than others, so we need to sell people on the area, but it has a lot to offer — and the hospital itself is in a tremendous growth mode.”

Advertising tends to be an expensive method of marketing, but it’s also a necessary one for a small, out-of-the-way institution trying to get its name out, Stevens said. But what helps in recruitment efforts is employee retention, which tends to be higher in Berkshire County, which doesn’t have as much migration, both in and out, as other regions.

However, Stevens warned against taking that solid retention for granted. “You have to work at it. You don’t know if your retention will be predictive of your recruitment needs.”

Franklin Medical Center in Greenfield takes advantage of a similarly paced culture, but Claudia Roberts, clinical staffing consultant for the entire Baystate Health System, agreed with Stevens that each facility must remain alert to recruiting strategies specific to its region.

“We’re all here for the same reason — to provide quality patient care — but each community is slightly different,” she said. “So we may advertise a little differently. Franklin uses the local papers more than Baystate because we know through experience what kind of response we’ll get.”

Janice Kucewicz, vice president for Nursing and Behavioral Health at Wing Memorial Hospital in Palmer, said that town’s rural quality — at least when compared to Springfield — and the small size of the hospital itself can be selling points, not liabilities.

“It depends on what individuals want out of their workplace,” she said. “If they want high-tech, they go to the city. If they want to be close to their patients, they might come to a smaller place.” Even amenities such as parking in the shadow of the main building — as opposed to city hospitals where employees sometimes have to take shuttles from the parking lot, or even have to pay to park, in some instances — can be quality-of-life selling points.

Whatever the recruiting strategies might be at individual hospitals, the needs are very similar. That’s not surprising, since they tend to reflect nationwide shortages.
The nursing crunch has been well-publicized, but even in that field, there are specific needs — emergency and ICU nurses, to name two. “If we’re looking for an experienced nurse with a specific expertise in one of these fields, someone who can come to us ready to roll, that’s more difficult to find,” Milano said. “I can say that, as each year goes by, it gets harder to find those experienced people.”

Stevens and Roberts both agreed. Roberts noted that Western Mass. hospitals are fortunate to have partnerships with quality nursing schools, so recruiting less-experienced nurses isn’t an issue. “But looking for experienced nurses has been a challenge, especially in the areas of emergency room, operating room, and critical care.”

Kucewicz spoke for many hospitals when she said radiology, laboratory, and pharmacy are three areas where recruitment is difficult. Roberts said that, although area schools do graduate radiology technicians, respiratory therapists, and surgical technicians, the supply isn’t keeping up with the need. “If anything, those areas have become even more difficult to find quality candidates for.”

Even for filled positions, Milano said, hospital administrators need to stay on their toes. For example, “we have not had a nuclear medicine opening in a while, but we know we’d have difficulty if we had an opening,” he said — again stressing the importance of retention. Like other hospitals, he ranks specialized nurses and diagnostic technicians at the top of the list of tough-to-fill positions that aren’t all occupied.

Bringing quality employees in to fill those positions often requires some creativity, Kucewicz said, including 12-hour shifts and bonus pay for working some weekends. But everyone who spoke with The Healthcare News ranked partnerships with local colleges at or near the top of their recruiting strategies.

Roberts said UMass in Amherst has been helpful in filling nursing jobs, while Springfield Technical Community College has developed a solid pipeline of respiratory therapists and radiology and surgical technicians. Stevens added that hands-on work opportunities for students in a hospital is advertising that can’t be bought.

The benefit of that effort — which includes tuition reimbursement — is twofold, he said: it provides career ladder opportunities and higher salaries to employees, while meeting some of the hospital’s most urgent needs without looking outside the health system.

So far, it’s working, Milano said — although he admits Berkshire is helped by the fact that it has less competition for employees in its immediate vicinity.

“The geographic isolation has its pros and cons, and they more than balance out,” he said. “There are fewer people leaving us to go to a crosstown hospital, as you might find in Worcester, Springfield, Albany, or Boston. You don’t have the in-town rivalries and bidding wars, and that’s a good thing. People are more stable, and experienced employees are our lifeblood.”

The cost of living in Berkshire County doesn’t hurt, either, he added. But a partnership between a hospital and an employee has to work both ways, Stevens said.

“Every hospital has something to offer for an employee, and that person has to fit within your institution to build the right team,” he said, adding that there are benefits to everyone being satisfied. “If you make your facility attractive to your own employees, hopefully they’ll reference you positively. Word of mouth is important.”

And the word on the street among recruiters, no matter where they’re located, turns out to be very similar: given the budgetary challenges of practicing medicine in Massachusetts, hospitals have to offer something extra to potential employees — because there are plenty of recruiters in regions both inside and outside the Commonwealth who are fishing for quality workers in the same pond.

“We want to keep them in this area, as opposed to moving into Worcester, Boston, or Connecticut,” Kucewicz said. “Everybody’s struggling to find good people, but they’re few and far between.

Know If You Are at Risk for Developing Type 2 Diabetes

To Be Continued? Some Movement, but Still No Compromise on Nurse-staffing Levels