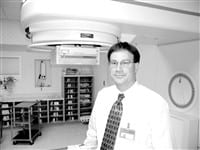 Frank Claudio says he likes to build things.
He had many opportunities to do so as a design engineer for what is now Hamilton Sundstrand. And he had a building experience of a different kind years later when, after a career shift, he presided over a major expansion of the cancer center at Midstate Medical Center in Meriden, Conn.

Now, he’ll get another chance to build as he becomes the new director of the Sr. Mary Caritas Cancer Center at Mercy Medical Center as that facility is poised to break ground on an $8.6 million project to effectively double its size and capacity.

The new cancer center will feature two linear accelerators (the facility will be designed so that a third can be added later) and state-of-the-art Intensity Modulated Radiation Therapy (IMRT), which uses computer planning to maximize the radiation dose to cancer cells while minimizing the dose to surrounding healthy tissue.

In an interview with The Healthcare News, Claudio said he had a great job at MidState, and would only have left it for an opportunity to do something special.

That’s what he believes is happening at Mercy, a hospital that features highly personalized cancer care and, with this expansion, will be able to provide it to more patients.He described the expansion as a great opportunity for himself and for Mercy, but mostly for the residents of the area. “That’s who will benefit most.”

The expanded Caritas Center is being built virtually in the shadow of the massive, $39 million Center for Cancer Care on the Baystate Medical Center campus, but both Claudio and Mercy CEO Vincent McCorkle say their project is not necessarily an answer to Baystate’s project. It is, however, designed to help Mercy maintain and possibly expand market share in cancer treatment.

“We’ll be doubling our capacity, and the technology will be the latest and most advanced,” said McCorkle. “This facility will enable us to better meet the needs of patients and their families; it’s a very exciting project for us.”

Claudio told The Healthcare News that the field of radiology is much more than simply treating someone with radiation. It is the sum of many parts that go into cancer treatment — a blend of technology and compassionate care — and that’s what the expanded Caritas Center is all about.

Mercy had already made a name for itself in cancer treatment since the center was opened in 1996, but it has always been somewhat limited by infrastructure, he explained. The expansion plans will give the cancer staff more flexibility and the ability to see more patients in less time.

“We have a very busy program … we’re treating people at 11 o’clock at night,” said McCorkle, hitting on the primary motivation for the cancer center project, the largest building project at Mercy in more than a decade. “We’d like to bring more convenience to patients and increase our capacity.

“We looked across our system for areas in which to make investments to strengthen ourselves,” he continued. “This was one area we identified as an opportunity.”

Heading up the expanded cancer center will be Claudio, who traded a career in engineering and designing mainframe computers for one that blended science with an opportunity to work with people. “The market was changing … the manufacturing sector was going down, and the military was buying less,” he said. “Hamilton was telling people that if they took a golden handshake, they would pay for their schooling in another area. I saw that as a great opportunity to try something new and see if I would like it.

“My wife is a nuclear medicine tech,” she continued. “She loves her job, loves going in every day, and wouldn’t give it up for the world. I said, ‘I want that, too.’”

What drove him to radiology was the science, he said, adding that he earned an associate’s degree in radiation therapy from Springfield Technical Community College and went on to work in that field at several Connecticut hospitals, including Waterbury Hospital, St. Mary’s Hospital (also in Waterbury), and Hart-ford Hospital. He later went on to manage the oncology facilities at Midstate, a subsidiary of Hartford Hospital.

He wasn’t looking for a job when the Mercy opportunity came on the radar screen, but he was intrigued by the chance to expand the program, and also to work with the Mercy staff.

“What drove me to Midstate was the chance to rebuild that program, and that’s what’s driving me here as well,” he said. I love creating a great atmosphere, and I look forward to building a new cancer center.”

He’ll do with so with the latest technology on the market, including the Elekta Synergy system, an image-guided technology that is equipped with the flat-panel detector technology and is the currently the best equipment on the market, said Claudio. The two new linear accelerators, which will cost about $1.5 million each, will employ IMRT, which will enable specialists to more precisely “sculpt” the area to be treated, he explained.

“It’s the new standard of care that everyone should now expect,” he said, adding that the system uses computer software to specifically target the dosage delivered to organs and other areas to be treated.

“The goal is to kill the cancer and cure the patient,” he continued, “and this technology helps us do that more effectively.”

Beyond the technology, Claudio said the new cancer center will feature highly personalized care that has become a hallmark at Mercy. And it is that aspect of cancer treatment will enable the medical center to effectively compete with Baystate and other providers.

“What it really comes down to is people,” he said. “Any cancer program starts with the staff; what makes the difference between one center and another is that the people here are willing to go the distance and work for the whole patient and his or her family.”

While the new cancer center will provide business opportunities for Mercy Medical Center, said Claudio, the main beneficiaries from the new endeavor will be area residents. They will soon have options that have not been available to them before, he explained, adding that individuals will no longer have to travel to Boston to take advantage of the vast potential of IMRT.

“This is an investment in the community … we’ll have every weapon in the arsenal right here,” he said. “People will have choices, and that’s important.”

The building process for Claudio and Mercy starts with an August groundbreaking, with the new center expected to be open next June. 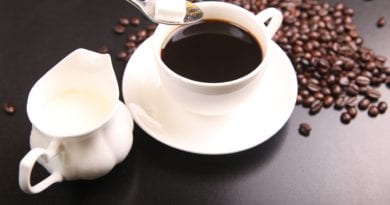