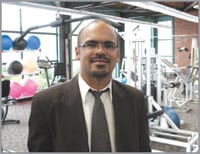 Perhaps the clearest sign that all the recent attention to concussions is starting to have an effect, Tom Dodge says, is that coaches have stopped arguing about when athletes can return to play.

“All the heightened awareness has made concussion management easy,” said Dodge, assistant professor of Athletic Training Education at Springfield College. “It’s more clear-cut; everyone is in lockstep — not just here, but everywhere — and we don’t argue with the coaches that much anymore.

“Maybe 10 years ago, it was, ’maybe he’s OK,’ and ’I think he’s been symptom-free for a few days, so he should be out there.’ But now, there’s much less questioning. A coach might be angry, but there’s nothing he can do.”

That’s because post-concussion recovery at SC — and an ever-increasing number of other colleges and high schools — has moved far beyond a subjective assessment of whether an athlete has ’shaken it off,’ and is now bound by hard-and-fast rules (more on that later). In short, if you get your bell rung, don’t expect to return to action for awhile.

And athletes — long ingrained with the notion that there’s nothing more important than being on the field with their team — are starting to come around to a different idea, buffeted as they are with stories of former pro athletes who struggle with depression, dementia, and worse. “There’s so much chatter now, and it just can’t be ignored,” Dodge said.

But while football may get most of the publicity when the topic of sports concussions makes the news — perennial Pro Bowler Junior Seau’s suicide this year provoked the usual media speculation about the long-term effects of head trauma — other team sports such as basketball and soccer also pose high risk of injury and concussions, not to mention bicycling and playground activities.

“We see a lot of concussions very early into the practice season when some student athletes are out of shape,” said Dr. Julio Martinez-Silvestrini, staff physiatrist and a board certified sports medicine specialist at Baystate Physical Medicine and Rehabilitation. “If an athlete is not really fit for the particular sport he or she is playing, the risk of concussions and other injuries is higher.”

Concussions — most often caused by a blow to the head or body that causes the brain to move rapidly inside the skull — may result in headaches, dizziness or balance problems, nausea or vomiting, confusion, blurry vision, sensitivity to light and noise, feeling ’foggy,’ and a variety of other symptoms. Children and teens are more likely to get a concussion, and take longer to recover, than adults.

“These symptoms can be prolonged and long lasting for some,” said Martinez- Silvestrini, who sees injured athletes in Baystate Medical Center’s Sports Concussions Clinic. “Concussions, especially those that go undiagnosed, can also affect a student-athlete’s academic performance.”

But that may be a deceiving statistic; part of the reason for increased emergency visits is a “growing awareness among parents and coaches, and the public as a whole, about the need for individuals with a suspected concussion to be seen by a health care professional,” the CDC notes. Meanwhile, various laws being put into place around the country, including Massachusetts, to protect student athletes are also making a difference.

Conventional wisdom on concussions began to shift in 2001 with a landmark study published by Drs. Julian Bailes and Robert Cantu, who determined that about 9{06cf2b9696b159f874511d23dbc893eb1ac83014175ed30550cfff22781411e5} of all injuries related to sports and recreational activities are head injuries, and many of them go undiagnosed, leading to further damage down the road.

Meanwhile, the University of Pittsburgh Medical Center was developing its ImPACT program, which is now used at high schools and colleges across the country, including many schools in Massachusetts.

The acronym stands for Immediate Post-concussion Assessment and Cognitive Training, and it’s a tool to help coaches and trainers recognize when a player might have a brain injury, even when the outward signs aren’t obvious, and determine whether or not he or she may safely return to play.

The key is the establishment, before the sports season even begins, of a baseline cognitive level for each player. Athletes are tested in short-term memory, attention span, reaction time, and other tasks to demonstrate what cognitive abilities they have off the field.

“The most important thing is the pre-testing, when we do the initial screening,” Dodge said. “We give them an ImPACT test, which is a neurocognitive test, and it tests things like visual memory, verbal memory, things of that nature. It’s very well-respected; there’s tons of research out there on it.”

Then, after a concussion is sustained or suspected, the athlete is tested again to determine how well his or her reactions and answers correspond to the baseline. The idea is to take subjectivity out of the equation — and take pressure off coaches and players who want to win a game.

Other tools have followed; Springfield College has begun to transition to a technology called Biodex, which performs some of the same functions as ImPACT, but uses sensory equipment to assess athletes while eliminating human subjectivity and error.

“It’s highly sensitive, so it’s a better test,” Dodge said, noting that the college has been ramping up use of Biodex for athletes in contact sports, such as football, lacrosse, and soccer, as well as other sports with potential for head trauma, including baseball, gymnastics, and diving.

When an SC player is suspected of sustaining a concussion during practice or competition, he or she is removed from activity and evaluated by a trainer. Typically, they don’t return to play that day. “When there’s an initial injury, we pull them out immediately,” Dodge said. “When in doubt, sit them out.”

However, the assessment tools now at the college’s disposal have lessened the urgency to take athletes to the hospital for every concussion.

“When someone does get a concussion, we recently changed our protocol a year and a half ago,” he told HCN. “It used to be that, with every single concussion, we’d call an ambulance and get them to the hospital for a CT scan. It was a very, very conservative approach. But we’ve had conversations with the team physicians and ER doctors at Baystate, who handle all our concussion cases, and they say, ’you don’t have to send us every single concussion; use your judgment.’”

That means, as a general rule, players who have obvious or significant symptoms are more likely to head to the hospital, even as everyone who sustains head trauma is monitored closely. And the thoroughness of that monitoring is partly why doctors are comfortable with not every case going to the hospital.

Simply put, SC athletes don’t return to practice or game activity immediately after symptoms fade. Once they’re symptom-free, they’re put on a six-day, graduated return schedule (which was four days only two years ago, but has since become more strict).

On the first day, the athlete is given a 30-minute exertion challenge — perhaps biking or running. On day two, he or she undertakes a 60-minute, more intense conditioning workout, involving sprinting, weight training, or perhaps a combination of the two. On day three, the athlete may return to sport-specific activities, but no contact is allowed. The next day, more intense drills may be added, but contact is still minimized. On day five, the athlete may return to full practice activities, including hard contact, and is cleared for competitive game action on day six.

Importantly, he or she is tested throughout the process, and if their numbers don’t fall within their baseline scores, or if concussion symptoms re-emerge, the entire process begins again.

Dodge recognizes that the meticulous timeline can be frustrating to athletes, who simply want to get back out on the field. “They all want to know, and the coach wants to know, when they can play.”

The protocols enacted at Springfield College and other schools corresponds to action on the state-government level. Two years ago, Gov. Deval Patrick signed the Commonwealth’s youth sports safety law, which states that student-athletes and their parents, coaches, athletic directors, school nurses and physicians must learn about the consequences of head injuries and concussions by participating in annual concussion education.

The law also requires that student athletes and their parents inform their coaches prior to the beginning of the season about any past head injuries. Even more important, noted Dr. Martinez-Silvestrini, is the fact that any youth who is injured and becomes unconscious, or is suspected of having a concussion during play or practice, must be taken out of the activity immediately, and no return to play will be allowed without a written clearance from a licensed medical professional.

“Yet, we are still seeing athletes coming into our clinic,” he said. “I can’t stress enough the importance of taking a player out of the game immediately, whether football, soccer or other sport, if there is any suspicion of a concussion,” he added.

According to Dr. Martinez-Silvestrini, an undiagnosed concussion followed by a repeat injury before the brain heals can slow recovery and lead to long-term problems such as memory loss, psychological problems, and brain damage, and may be a risk factor for developing ALS or even Parkinson syndromes.

Evolution in equipment is helping to minimize the impact to an extent.

“Helmets have gotten lighter, padding has gotten better,” Dodge said, noting that research indicates that neck strength is important in protecting against head trauma, and the lighter headgear plays into that. “They’ve become more aerodynamic. Things are constantly changing. Lacrosse helmets have gotten much better. Hockey helmets have gotten better and lighter; their shape is designed to deflect blows a little better, and they’ve reconfigured where the air holes are, so it’s still well-ventilated, but at the same time strong where the padding is. They’re constantly making changes.”

Still, Martinez-Silvestrini said, when it comes to preventing concussions, especially on the football field, wearing a helmet is essential, but not foolproof in protecting athletes.

“Most helmets will prevent very serious injuries such as skull fractures, but minor concussions may still happen, even if the player is not hit directly in the head,” he explained. “While there have been little steps in the right direction, we still haven’t seen big advances in developing even safer protective equipment to help prevent injuries.”

He said it’s also important for athletes to be drilled in good sportsmanship and taught safe techniques, such as how to tackle somebody in football or hit the ball in soccer.

“I really believe a lack of awareness, especially of the serious, long-term, permanent damage just a single brain injury can cause, is to blame,” Martinez-Silvestrini said. “But you cannot point the finger at any one person, whether coach, parent, or student. There are many forces that come into play today, chief of which is the desire to win at all costs resulting in pressure from some coaches and parents to play through an injury.”

Little by little, that seems to be changing. Even if coaches aren’t always happy about it. 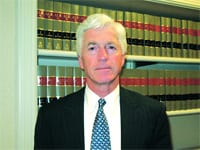 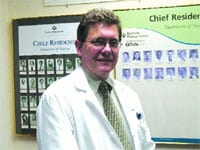