In what health maintenance organizations (HMOs) hail as a common-sense ruling and patients’ rights advocates criticize as a step backward for medical safety, the U.S. Supreme Court has severely limited the scope of potential lawsuits against health plans.

Specifically, the court unanimously ruled that patients cannot use state courts to sue HMOs for refusing to cover medical treatments, and can only sue insurers in federal court — where existing restrictions currently limit the size of jury awards.

“This is a sad day for America’s patients and the physicians who care for them,” said Dr. John C. Nelson, president of the American Medical Assoc. (AMA). “The U.S. Supreme Court’s ruling denies patients the right to hold managed care plans accountable in state court for negligent health care treatment decisions.”

The decision, he argued, eliminates accountability for managed care plans that alter, delay, or deny a course of treatment recommended by a physician.

“By reserving the right to decide what is — and what is not — medically necessary, managed care plans can now practice medicine without a license, and without the same accountability that physicians face every day,” he said.

However, the Supreme Court ruled that lawsuits against HMOs in state courts over coverage decisions are, in fact, superseded by federal statutes such as the Employee Retirement Income Security Act (ERISA), which 30 years ago set minimum standards for health plans.

It is under that act, the court stated, that patients should be able to sue only in federal court, and only for the cost of benefits denied, not for pain and suffering or to bring damages against the insurer.

“Congress’ intent to make the ERISA civil enforcement mechanism exclusive would be undermined if state causes of action were permitted,” Justice Clarence Thomas wrote for the court. But despite that argument, Nelson sees only danger for patients.

“Now patients … cannot receive damages for harm caused by denial of treatment — only for the value of the benefit denied,” he said.

However, Dr. Marylou Buyse, president of the Mass. Association of Health Plans and a practicing primary care physician, hailed the Supreme Court’s ruling, saying that permitting individuals to sue health plans on the basis of medical negligence is “the wrong prescription” for health care.

“If the goal is to protect patients, options currently exist,” said Buyse, citing Massachusetts’ Patients’ Bill of Rights, passed by the Legislature in 2000, that established an independent appeals process to resolve coverage disputes, which she said gives patients the necessary recourse in dealing with their health plans.

“The external appeals process is working well for health plan members in Massachusetts,” she said, “ensuring that coverage decisions are resolved in a timely and fair manner and that individuals receive the right care at the right time in the right setting.”

“The low number of appeals demonstrates that individuals are receiving the care they need when they need it,” she said. “In the rare instances that questions regarding covered services occur, the evidence indicates that health plans’ decisions are well-reasoned. Further, unlike litigation, consumers receive care during the review process, and in instances where there is risk of serious harm, an expedited appeal is available.”

The low number of appeals should not be a surprise, she claimed, considering that Massachusetts has high-quality health plans that take seriously their responsibilities.
“Our members consistently outperform plans in other regions of the country in critical quality areas, such as access and service, treating and managing illness, improving health, and member satisfaction as measured by independent, third-party sources.”

Nelson, however, sees an overall decrease in health care quality resulting from the court’s ruling.

“While the AMA appreciates those managed care plans that put patients ahead of profits, this action significantly erodes patients’ ability to obtain medically necessary care by placing patients at the mercy of managed care plans that play doctor,” he said. “Managed care plans will now have very little incentive to approve expensive but medically necessary treatments.”
The decision has also provided some ammunition to supporters of a federal Patients’ Bill of Rights, including Democratic presidential nominee John Kerry, who voted in 2001 for a now-stalled Senate bill that would give patients broad rights to sue insurers.

“The decision by the Supreme Court underscores the need for a real Patients’ Bill of Rights, one that would hold HMOs accountable for decisions that harm patients by denying necessary care,” a statement by the Kerry campaign said.

Meanwhile, detractors of such an idea say the litigation that would accompany such legislation would significantly drive up the cost of health care and health insurance — another problem that Kerry and other lawmakers have long vowed to address.

“Today, the challenge is how to address the affordability of health care,” Buyse said. “Adding more lawsuits creates a bonanza for trial lawyers but does nothing to improve the quality of care and pushes the cost of coverage out of reach for employers and consumers.”

Many Massachusetts lawmakers have been reluctant to pursue HMO liability following the passage of the state’s own Patients’ Bill of Rights in 2000. But there have been some attempts.
For example, a Senate bill written in 2001 would have allowed patients to sue a heath plan if the network denies a doctor’s recommended treatment that is covered by the policy.
The bill would have established an independent malpractice tribunal to screen cases and included limitations on damages. It also applied only to procedures already covered by the health plan and would have not allowed patients to sue for additional coverage.

That effort failed on multiple occasions to find much support in the state House of Representatives, and it is unclear whether the Supreme Court’s decision will prohibit any future efforts to establish HMO liability in state courts.

“These kinds of suits will have to take place in federal court,” said Peter Straley, president of Springfield-based Health New England.

“We certainly support that because it encourages a uniformity across the country, and it also to a great extent limits damages, which is a good thing. We have not had a spate of suits like this, so it has no immediate effect on us, but on the whole, I think it’s a good ruling.”

Twelve Great Things To Do for Your Health 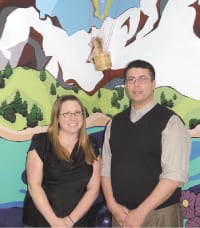