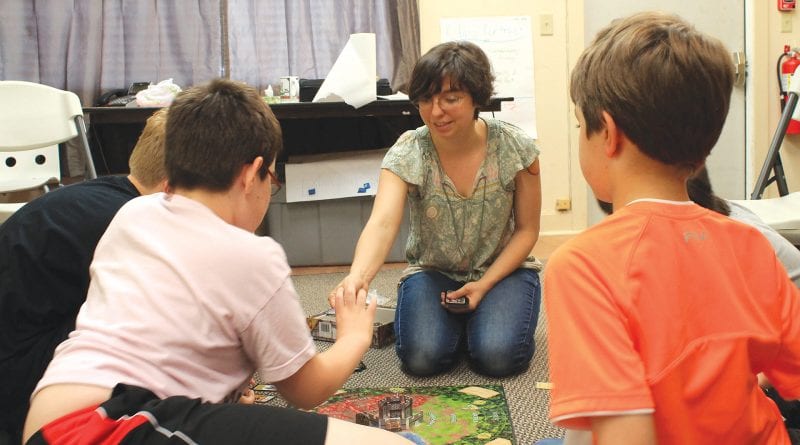 When COVID-19 hit and outside activities suddenly closed, Jody Santos had a concern that was common among many parents with young children: filling the day for her son.

Unlike most kids, however, 12-year old August is on the autism spectrum. When school and his activities with the Whole Children program at Pathlight suddenly came to a halt, it led to bouts of not just boredom, but anxiety and depression.

“For young people with a disability, the pandemic has been a perfect storm for putting them at risk for isolation, depression, and anxiety,” Santos said. “With so much uncertainty, children start to regress and go back to some of the habits we work so hard to overcome.”

For several years, August has taken classes with Whole Children, which offers recreational, social, and enrichment programs specifically designed to help children and teens with intellectual or developmental disabilities, as well as those with autism. It’s one of many programs at Pathlight, a Greenfield-based provider of services for clients of all ages with such disabilities.

Before COVID-19, Assistant Director Julie Hooks said, Whole Children offered in-person classes six days a week. Some were based on a theme, such as ‘yoga dance’ and performing-arts classes. Because many with autism gravitate to computer work and gaming, a bank of laptop computers was also available as a theme-based activity.

Other classes were discussion-based and covered topics such as social skills, relationships, and treating people differently, as in “how come we don’t treat our bus driver the same way we treat our mom?”

In short, Whole Children offers a lot, so it was important to keep it going — somehow — during the pandemic, Hooks said. The program was in between its winter and spring sessions when everything began shutting down due to coronavirus. In the past, program activities were always scheduled after school hours, but now Hooks and her staff had to try something different.

“We decided to move some of our classes online because we knew kids would not be in school and their parents would have an even greater need to ensure they had something to do,” she said. It turns out she was right.

Using a platform called Discord, children can participate in multi-player online games and talk to each other while a teacher from Whole Children monitors the group.

Around the time of the pandemic, August had begun playing Animal Crossing, an animated multi-player online game where each player has an island where they build and improve houses and interact with animal villagers on the island. For the most part, he played the game alone. Then Santos heard that Whole Children was offering a remote class on Animal Crossing.

Joining the remote class and discussing the game with other players gave August a new sense of purpose.

“It really made a huge difference for my son to be connected to this community of people who were equally as passionate about Animal Crossing,” Santos said. “He was able to share what he’d been building on the island and the characters who lived there. He wasn’t isolated anymore.”

Once the remote classes were up and running, Hooks and her staff began observing some encouraging dynamics in this new setting.

For example, Whole Children offers a discussion class on growing up that’s aimed at teenagers and others who enjoy games. Hooks knew that teens are not normally interested in discussion groups, but after four months of gaming on the Discord platform, the kids and teachers were comfortable chatting among themselves and using social skills in the context of the games.

“We had a unique opportunity to work in some discussion classes while these kids were on the platform,” she said. “It was very exciting.”

Hooks explained that teachers ask the players how they would respond to situations like someone taking items out of their virtual town without permission. Their responses generate a discussion about right and wrong that might not normally happen.

Santos said she is grateful for how much this approach effectively teaches and reinforces social skills.

“I don’t know if they realized what they had when they started incorporating the discussion group because we were all sort of finding our way in the dark when the pandemic began,” she told HCN. “I feel like they’ve hit on this incredibly important program that I know is having an impact on August, and I imagine on a lot of other kids, too.”

Though the Animal Crossing session lasts for just one hour a day and it’s a virtual experience, Santos said August never wants to miss it — and, because he’s good at the game, it makes him proud to participate.

“August feels part of a community. He has built up his island to a point where other kids will visit and make comments like, ‘I really like the hot tub you made.’”

From the end of March through the end of June, Whole Children offered all its online classes for free. But once it became clear the classes would continue through the summer, Pathlight realized it couldn’t continue to do it for free.

For several years, one of the founding members of the program had been thinking about how to offer classes as a membership.

For young people with a disability, the pandemic has been a perfect storm for putting them at risk for isolation, depression, and anxiety.”

“There was never the right circumstance to do a trial run on the membership idea, and then COVID-19 thrust us into trying it out,” Hooks said, noting that each membership provides access to all the online classes Whole Children offers.

In the beginning, those signing up for membership had previously attended classes in person at Whole Children’s Hadley location. Now, through word of mouth, people from well outside driving distance are asking about memberships. “We hope this can grow for us because there are no geographical limits,” Hooks said.

Only a few people have had trouble participating online due to access to technology, but several grants received by Whole Children are helping families to remedy the situation. Hooks said all participants are becoming more comfortable with the online approach.

“Some of our clients who have intellectual or developmental disabilities have done remarkably well in learning and managing the technology. It was not the hurdle we thought it would be.”

While the transition to online sessions was forced on everyone, it has allowed many of the children to shine.

“While some children do better overall in an online setting,” she explained, “it’s especially true for new kids joining the group because they are not in the spotlight the same way they would be if they had walked into a classroom where everyone knew each other.”

Hooks found that age discrepancies became less of an issue, too. Program classes were initially set up for ‘school age’ (ages 7-12), teens (ages 13-17), and adults through Pathlight’s Milestones program. These distinctions helped prevent situations where some children might tower over their classmates, which can be intimidating.

“Once we went online, we realized we didn’t have that dynamic,” Hooks said. “It allowed us to open up the gaming classes where ages 8 to 28 can play the same game.”

That’s been a positive for August, who has been able to make friends online with people he might not otherwise. Santos said it’s given her son the chance to be seen as a leader.

“I’ve overheard him mentoring some of the younger students on how to add things to their islands,” she noted. “That’s a huge confidence builder for him and speaks to his feeling more positive overall.”

August isn’t the only one who has benefited from the online approach. Hooks shared comments with HCN from several other students about their experiences.

Many share the tone of this comment from a student who said the “classes cheered me up during this really hard quarantine,” adding that, “in anime class, I get to see old friends and meet new ones.”

With so much tragedy, uncertainty and fear around the pandemic, Santos said her goal is to also attach some good memories to this time for her son.

“If we’re all going to be locked down as a family, what are some memories that we can build, so when August looks back on this time, it’s not just fear and tragedy?”

In her son’s case, she added, experiencing Whole Children online will certainly stand out as one of those positive memories. 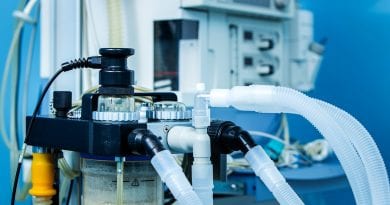 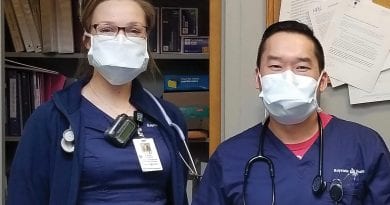 Health Graduates Enter the Field at an Anxious Moment 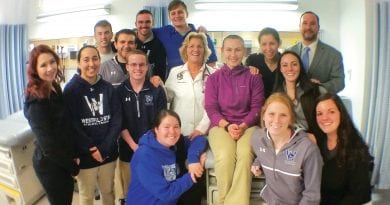