That’s the rather obscure sport that Dr. Darius Greenbacher called “steeplechase, only it’s on bicycles.”

Originated in Europe, specifically France and Belgium, maybe 100 years ago, cyclocross has come to Western Mass., and places like Look Park in Northampton, over the past decade or so.

“It helps racers stay in shape and have some fun at the same time,” said Greenbacher, a long-time practitioner, noting that the races occur in the fall and early winter, after the road-racing season has ended. “We’re riding on beefed-up road bikes over pretty rugged terrain; there’s always obstacles to clear, and we ride in the snow, the rain, the mud. It keeps us from taking ourselves too seriously.”

Greenbacher used the present tense for this discussion, but he hasn’t done any cyclocross racing this year. He hasn’t managed to find as much time as he’d like for some of his other pursuits, either. These would include hockey, skiing, Brazilian Jujitsu, and ironman competitions — he’s training for one in New Hampshire next summer.

That’s because he’s been quite busy getting the new Sports Medicine program at Baystate Franklin Medical Center — which he conceptualized — not only off the ground, but top-of-mind in Franklin County and well beyond.

Opened in August, the program is focused on helping athletes of all ages recover from injuries, but also treat the problems that caused those injuries so they don’t happen again.

Concussions have been a focal point for the program, as they have been nationally and internationally in recent months. Indeed, Greenbacher has treated many high-school athletes for concussions, and is working to develop a baseline of information on all student athletes in the Greenfield area so he can better assess the impact of a head injury (more on this later).

But he has also treated all manner of ailments, from shoulder separations to ankle sprain, to flareups of plantar fasciitis, or swelling of the thick tissue on the bottom of the foot. The philosophy behind his work at the center is to get people back to whatever it is they enjoy doing as soon as possible and practical, and prevent further programs.

“Whether they’re 8 or 80, I want to get them back to their activity,” he explained. “I had an 80-year-old marathon runner come to me for help; I don’t want to say to him, ‘don’t run anymore.’ I want to treat him and help him get back out running. I want to keep patients active.”

For this, the latest installment of its Today’s Physician series, HCN talks with Greenbacher about his approach to sports medicine and how he intends to grow this new program from the ground up.

Greenbacher says he’s always been involved in athletics. In high school, he played baseball, hockey, and other sports. Later, he developed a strong interest in cycling and various forms of racing — he says he has a few trophies at home — as well as marathons, triathlons, jujitsu, and both cross-country and downhill skiing.

He told HCN that cyclers are placed into categories, by ability, from 1 to 5. Those who are a 1 or 2 are considered professional or semi-professional racers, and he falls just outside that range.

In recent years, he’s developed a fondness for cyclocross, which is demanding, both physically and mentally, but also fun, in an adventurous sort of way. “We’re racing hard, but we all have families and jobs,” he explained, “so we don’t do anything really crazy.”

For most of his career, Greenbacher’s job has been as an emergency-room physician. After graduating from the University of Minnesota Medical School and then tackling a residency in Emergency Medicine at Baystate Medical Center, he became an emergency attending physician for both BMC and Baystate Franklin.

While he enjoyed life in the ER, he embarked on a fellowship in Sports Medicine at UMass Medical Center in 2009 that would bring his twin passions — health care and athletics — together in one entrepreneurial endeavor.

It was in the spring of this year that he started serious discussions with Baystate Franklin President Chuck Gijanto about establishing a sports-medicine program, and his arguments eventually proved more than persuasive enough.

“There are so many people dedicated to an active lifestyle, and so many high schools and prep schools in this area, that I thought there was a real need for this type of service,” said Greenbacher. “I pitched it, and Chuck thought it was a great idea.”

The concept was for a multi-specialty program, he continued, adding that sports medicine comes in two forms, one that involves surgery to repair damaged joints or muscles, and the other (his practice), which involves seemingly everything but surgery.

Five months into this venture, Greenbach’s instincts have been proven correct. There has been a steady flow of patient traffic to the office at 48 Sanderson St. in Greenfield, from Franklin County, mostly, but also well beyond it. And much of this traffic comes from positive word-of-mouth referrals from previous visitors.

These two patients come in essentially two varieties, said Greenbacher, listing high-school and college athletes in one group and the proverbial weekend warriors in the other.

With the former, he’s seeing patients with a wide variety of ailments, from shoulder, ankle, and knee problems to those aforementioned concussions.

“I’m seeing maybe two or three a week, and there are perhaps five or six more out there where the individuals should come in but don’t,” he explained, adding that football players have comprised much of this constituency, but there are also many soccer players, especially girls, in this category as well.

There are several aspects to concussion care within the sports medicine program, said Greenbacher, listing treatment, building greater awareness (a facet that will eventually help reduce the numbers of people who think they might have a concussion but tough it out until they feel better), prevention (or what he calls “prehab”), and building that baseline of data on young athletes.

Awareness-building involves talks to a host of constituencies, including parents, school administrators, coaches, and young people, he said, adding that one recent ‘lecture’ he was due to give at Turners Falls High School turned into a Who Wants to Be a Millionaire-like Q&A that become quite spirited. “It went on for more than an hour,” he said, “and I got a lot of insightful questions.”

As for the baseline, he’s hoping that over the next several months he can develop this database, which will give a pre-injury snapshot of each student athlete, and thus a basis for comparison if and when there is a concussion.

Referring back to those weekend warriors, or recreational athletes, Greenbach said they suffer mostly from overuse issues that lead to plantar fasciitis, Achilles tendinitis (or irritation and inflammation of the large tendon in the back of the ankle), knee problems, and a host of other ailments.

As with student athletes, many in this category of patients will wait a long time — sometimes too long — before seeking help, said Greenbacher, who used the word ‘smolder’ to describe what’s happening with these injuries.

“People will try to live with them for quite some time,” he explained. “Eventually, what triggers a response is a change in their activity level; they’re not running anymore, or they can’t take the dog for a long walk. That’s when they decide to do something about the problem.”

Greenbacher said the presence of a sports-medicine program such as his will prompt more people to seek help earlier and thus limit the smoldering effect. One key to accomplishing this is getting real results for patients that go well beyond making the pain, whatever and wherever it is, go away.

Elaborating, he said that many primary-care physicians and other types of specialists, such as those that treat arthritis, can, indeed, make the pain go away — eventually. But sometimes, this eventually comes from simply telling a person to stop doing something they like to do and helps to keep them fit.

“I don’t want to just treat something — I want to determine how this happened and keep it from happening again,” he explained, noting that, in the case of plantar fasciitis, he’ll look at someone’s running stride and other factors that may contribute to the ailment, and make adjustments.

Often, these adjustments are rather involved, and thus require a commitment from the patient that is a key component of the treatment regimen.

“The things I give people are not quick fixes,” he told HCN. “That’s why I need a buy-in from the patient.”

He’s been getting enough of these buy-ins to get the sports-medicine program off to a solid start, with the promise of continued growth spawned by patients satisfied with the results and, especially, their return to activity, whatever it is.

Indeed, he said he’s been getting a number of high-school students, who might otherwise try to tough it out, into his office for treatment. Likewise, he’s getting the parents of some of his younger patients to seek help rather than live with their problem and live without one of their favorite activities.

When asked when he might get back on the cyclocross course, Greenbacher gave a slight shrug of the shoulders, which said a lot. For now, he’s focused, somewhat, on training for the Moose Man half-ironman competition in New Hampshire next summer, which will test competitors with a 13-mile run, 56-mile bike ride, and 1.6-mile swim.

For the most part, though, he’s consumed with the new sports-medicine program, and with getting patients of all ages back to doing what they love doing. As an athlete himself, he can feel their pain, but, more importantly, he can do something about it — and hopefully keep it from coming back.

Warning: One Wrong Move Can Increase Your Retirement Tax Bill 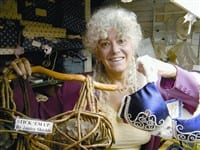 Breast of the Story