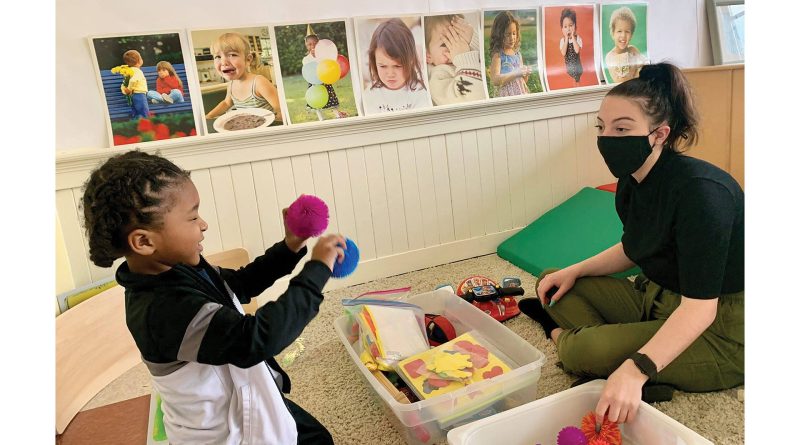 Something to Build On

Square One has always prided itself in caring for and educating young individuals, meaning the whole child.

There are many elements that go into that phrase, but, increasingly it means a focus not just on physical health and well-being, but also mental health and its importance to quality of life — today and years down the road, said Dawn DiStefano, President and CEO of Square One.

She told HCN that such a focus has always been important, but as a mental health epidemic sweeps the nation in the wake of the pandemic and its lingering side-effects, those at Square One are doing all they can to teach young children emotional literacy.

The non-profit organization, which serves about 500 children every day through early learning and school-aged programming in the Greater Springfield area and a network of 35 family child care providers throughout the region, does this in many ways, but especially through a facility called the Cornerstone Therapy room.

It has been in place since before COVID, but staff and faculty note that it is needed now more than ever.

“Trauma knows no boundaries,” said Kristine Allard, Vice President of Development and Communication for Square One. “The pandemic was traumatic regardless of their family’s income, the home they live in, or their circumstances at home; it elevated the need for trauma therapy to a new level. It was also such a relief and gift that we already had this in place and we didn’t have to find a way and figure out how to create this.”

The Cornerstone Therapy Program is administered by Christa Colly, a former preschool teacher.

“Trauma knows no boundaries. The pandemic was traumatic regardless of their family’s income, the home they live in, or their circumstances at home; it elevated the need for trauma therapy to a new level.”

She helps teach children how to effectively articulate feelings — and have fun while doing so. She said that the concept for the Cornerstone program originated with a team coming together and realizing that there were many therapeutic needs in the Square One building. As everyday life was changing because of the pandemic, Colly and her peers hit the ground running and had programming in place for when students were able to return to Square One and the Cornerstone Therapy room.

Square One students use the Cornerstone Therapy room alone, with peers, and sometimes with a teacher. All senses are used when children are in the room, which is outfitted with books, blocks, quiet corners, and LEGO, with a focus on critical thinking. Unlike regular classroom learning, the Cornerstone Therapy program allows students to recognize and discuss the emotions they are feeling in real time. Every lesson ties in emotion and how the situation makes the student feel.

The teacher then gets to work with their students and help them take that practice from the Cornerstone Therapy Room and bring it into the classroom — and beyond.

“As needs changed right before our eyes, we’ve seen dramatic changes with our kids and their ability to manage their emotions, to be calm, to be emotionally literate,” said Colly. “We teach all the kids in this building to do this at younger ages because they won’t forget how to control their bodies as they get older — it’s something that, once you know, you know. I’ve seen the kids, teachers, and parents benefit from it.”

Programs like Cornerstone are critically important in communities like Greater Springfield, which have large minority populations, said DiStefano.

“The majority of our students here would identify as a Black or Brown person,” said DiStefano. “As a white person, I think it’s our job as educators to proclaim, not on behalf of them, but with them, the discrimination that they have faced and will face. Square One’s job is to fill their bucket with so much that when they enter the world, they’re just far more ready than somebody else.”

A 2022 report issued by The American Psychological Association noted that one in five children had a mental disorder, but only 20% of those children received care from a mental health provider. The National Assoc. of School Psychologists (NASP) recommends a ratio of one school psychologist to 500 students; current NASP data estimate a ratio of 1 per 1,211 students.

“As needs changed right before our eyes, we’ve seen dramatic changes with our kids and their ability to manage their emotions, to be calm, to be emotionally literate. We teach all the kids in this building to do this at younger ages because they won’t forget how to control their bodies as they get older — it’s something that, once you know, you know. I’ve seen the kids, teachers, and parents benefit from it.”

Because of the COVID-19 pandemic, mental health services are harder to come by. A 2020 report from the UMass Boston and UMass Amherst found that students who needed access to school-based services the most, particularly those with lower socioeconomic backgrounds, had lower rates of counselors and psychologists in their school districts.

Nationwide, more than two thirds of children reported at least one traumatic event (food insecurity, poverty, homelessness, any form of abuse) by age 16, and at least one in seven children has experienced child abuse and/or neglect in the past year — and this is likely an underestimate, according to the Substance Abuse and Mental Health Services Administration (SAMHSA). Every day, more than 1,000 youths are treated in emergency departments nationally for physical-assault-related injuries. In a 2019 study, 1,840 children died of abuse and neglect.

These statistics reveal the high level of trauma being experienced by young people — and the need to address this trauma at an early age.

Indeed, untreated trauma can affect the brain and nervous system and increase health-risk behaviors, such as smoking, eating disorders, and substance abuse. Research shows that childhood-trauma survivors can be more likely to have long-term health problems, such as diabetes and heart disease, or to die at an earlier age. It can also lead to increased use of health and mental health services, increased involvement with child welfare and the juvenile justice systems, and may cause difficulty establishing fulfilling relationships and maintaining employment.

“Here at Square One, we prefer to say we are growing tomorrow’s future leaders. No different than growing a tomato plant that we’ll harvest at the end of the summer, we’re growing tomorrow’s leaders,:” said DiStefano. “It would be a shame not to serve them in a capacity that allows their gifts to come out. That requires a community approach.”

The Cornerstone Therapy Program is open to all students that attend Square One services. Insurance isn’t needed when enrolling a child, and the LEGO Foundation has helped Square One in many ways.

When talking with BusinessWest, DiStefano explained a traditional reimbursement system, like a regular state funded classroom, is per-person, typically insurance will charge per billable hour. As a nonprofit, tax money isn’t used toward the Square One nonprofit. Students that do not have health insurance must pay out of pocket or get denied therapeutic services. But with the help of The LEGO Foundation, Square One is able to provide young people the mental health care they need.

The LEGO Foundation is a broad funder and supporter of Square One and its Cornerstone Therapy Program. In 2018, it remodeled and refurbished the basement of the Square One facility on King Street in Springfield to give the students a new playroom.

“When the COVID crisis first hit, one of the first people that called was our contact at LEGO and they said ‘what do you need? What can we do? Is there anything that would be helpful because we know your children are going to be impacted perhaps more so than other children?’” said Allard. “It’s an amazing partnership. But again, they’re part of us. It’s bigger than funding. They want to be here — they just came and visited us in April. They’re doing a volunteer project with us.” 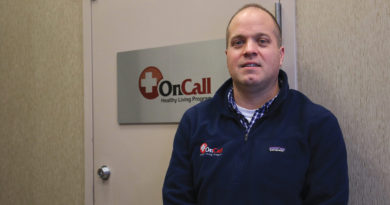 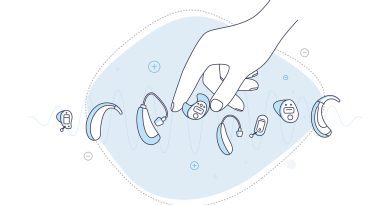 CDH’s ER Expansion, Renovation Is Just What the Doctor Ordered