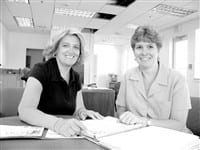 Arlene Kelly says the “HIPAA panic” is pretty much over. Now, it’s time for the “HIPAA fall-out.”
HIPAA, as most everyone in health care knows by now, is the Health Insurance Portability & Accountability Act. In a nutshell, it requires all those in the industry to take whatever steps are necessary to keep private information private. The law covers everything from what a physician might say about a patient in a crowded waiting room to the information that a hospital may release to the media about a specific patient. And it mandates that steps be taken to ensure that no documents regarding patient history should fall into the wrong hands.

The panic came this spring, when hospitals, nursing homes, physician offices, HMOs, and other businesses had to make themselves HIPAA-compliant by the April deadline. An army of consultants got rich steering health care providers through the process. Now that the law is in effect, those same businesses must keep from running afoul of the measure’s stiff penalties for non-compliance.

That’s the fall-out phase of this phenomenon, and Kelly and her partner, Kim Sanborn, hope it spells opportunity for them.

The two entrepreneurs, owners of Healthcare Resource Solutions Inc. (HRSI), a revenue-management venture that handles more than $130 million in billings for dozens of area physician groups, have created a new company, a franchise of Canadian-based Proshred Security International.

That company specializes in on-site shredding, or “professional document destruction,” to use the new industry term, and Kelly and Sanborn believe that there will soon be a sizable market for that service.

“HIPAA is just a part of it, but a big part,” said Sanborn, who told The Healthcare News that other legislation, especially the Gramm-Leach-Bliley Act, passed in 2001, requires that a wide variety of industry groups — from financial services providers to car dealers — pay more attention to how documents are disposed of, or else.

The two bought four Proshred “territories” — Western Mass., including the Berkshires; Northern Conn., including the Hartford area; Central Mass.; and the stretch between Worcester and Route 495 — and their brightly painted trucks started rolling earlier this month.

They say they’re not sure just how big the market for their services will be, but they’re excited by the obvious potential.

“Technology has created more paper, not less,” said Kelly. “And now, people are facing a lot of pressure to dispose of all that paper properly.”

Kelly and Sanborn started Proshred in arge part out of self-preservation. HRSI must be HIPAA-compliant itself, they said, noting that the company deals with personal information for thousands of local residents.

HRSI used small shredders on-site and had stringent policies in place for destroying documents, said Sanborn. But HIPAA requires even more due diligence on the part of health care businesses and any companies that deal with large amounts of personal paperwork.

Faced with taking their own shredding to a higher level, the two started looking for a reliable on-site shredding company, and when they couldn’t find one, they formed their own.

Here’s how Proshred works: Clients are provided with locked bins into which documents and other items that need to be shredded are placed. Proshred will come to the client’s door and take the bin to a company truck, equipped with an industrial shredder that can easily chew through three-ring binders, paper clips, CDs, diskettes, hard drives, and anything else that gets in its way. When the work is done, a “certificate of destruction” is given to the client.

The size of the bin and the frequency of shredding sessions will obviously vary with the size of the company, said Kelly, adding that Proshred charges by the bin, and the rates, while they vary, will likely be in the $30- to $50-per-bin range. “It’s not a huge expense — no more than what most companies pay for water in a week or a month — and it provides something you can’t put a price tag on — peace of mind.”

The advantages of this system over traditional back-room shredding are many, said Kelly. For starters, employees can put their time and talents to better use than shredding, and companies can save the cost of buying shredding equipment and archival space. More importantly, though, the on-site method ensures that all documents are properly destroyed — when they are supposed to be destroyed.

She told The Healthcare News that there are many companies that will come to an office or home and collect items to be shredded, but they are merely hauled away to be shredded later — usually when the price of recycled paper is at its peak.

New laws like HIPAA and the Gramm-Leach-Bliley Act, which imposes similar responsibilities on the financial services industry, carry penalties that are too severe for companies to take chances with their document destruction, said Sanborn.

Indeed, HIPAA’s penalties for failure to comply are stiff — civil penalties of $100 per violation, up to $25,000 per person, per year, and criminal penalties of up to $50,000 and one year in prison for obtaining or disclosing protected health information.

“The digital corporation runs on data, and our economy has seen great jumps in productivity because of it,” she said. “However, the liabilities of that data are equally profound.

“Identity theft and related fraud are on the rise, and the regulated, or unregulated, company that slips up risks its own demise,” she continued. “That fact alone makes professional shredding services the cheapest insurance you can buy.”

Kelly and Sanborn told The Healthcare News that they consider Proshred to be a somewhat logical extension of HRSI. The latter company was created to help physician practices gain more revenue, they said, while Proshred will enable them to hang onto it.

HRSI has seen steady growth since it was created seven years ago. Sanborn and Kelly were both working at Baystate Health System at the time, managing the physician group practice. They saw a need in the private sector for a company that could help individual physicians and groups reduce their operating costs and collect more of the revenue that was due — a vitally important task at a time when reimbursement rates are down and HMOs are becoming increasingly stingy regarding reimbusement for various procedures.

Their venture started small but quickly added physician groups as word of their track record for improving practices’ bottom lines spread via word-of-mouth referrals.
“Many physicians thought that the only way they could collect more revenue was to see more patients,” said Kelly. “We showed them that they don’t have to do that — they just have to collect more of the money they’re due, and that’s where we come in.”

Sanborn said a typical customer — if there is such a thing — can see a 20{06cf2b9696b159f874511d23dbc893eb1ac83014175ed30550cfff22781411e5} improvement in cash flow by utilizing HRSI. Using IDX Systems software (the Cadillac in the industry), HRSI has helped clients navigate the increasingly turbulent waters of health care revenue management and accelerate claims processing and collections.
Proshred will become another service that Kelly and Sanborn and Kelly can offer to clients, but the market extends well beyond health care, they said.

“We’re starting with the health care community, but we’ll be marketing to companies in many industry groups,” said Sanborn. “Car dealerships have to deal with this problem — some of them are storing documents in trailers on their lots — as do banks and municipal governments. This is an if-you-build-it, they-will-come type of business.”

From a business perspective, Kelly and Sanborn don’t know yet just how big the practice of professional document destruction can become. She said she’s heard one company in the shredding industry predict that this could one day be a $100 billion industry.

As she said the number, she acknowledged that it sounded sky-high, but told The Healthcare News that, given the volume of paper generated in corporate America today and the growing problem of identity theft in this country, the potential for the shredding industry is seemingly unlimited.

“There are thousands upon thousands of businesses that are now going to have to take the practice of shredding and destroying documents more seriously,” she said. “The reason is the penalties imposed. Before, if some private information on a patient got out, that person would get upset about it, but that was it. Now, if that happens, there are fines to be paid.”

Kelly and Sanborn know that they won’t be the only ones looking to capitalize on this new business opportunity. They expect to have competitors who will copy the on-site shredding model.

But as the first ones in, and with a number of connections in the health care field, they believe they’ll have a solid leg up on the rest of the field.

“People already trust us with their money,” Sanborn said of the number of the physicians that Healthcare Resource Solution bills for. “And we have delivered the cost savings and revenue enhancement as promised. Document security is a natural spin-off to what we are doing now. We are effectively resolving a major headache for our clients and potentially many other businesses operating in a similar environment.”

Meanwhile, highly documented cases of identity theft and the damage they’ve caused to individuals’ credit ratings should create a sizeable residential market for on-site shredding services, said Kelly. She told The Healthcare News that small shredders now marketed to individuals jam easily — especially if one tries to put through an envelope with a mock pre-approved credit card — and many people are looking for a more reliable way to dispose of their financial documents and unwanted junk mail.

“Some people have 20 years worth of tax information lying around the house,” she said. “They don’t need it, but they also don’t know what to do with it.”

Pieces of the Action

The corporation Kelly and Sanborn formed for their endeavor is called Eos Approach Inc.

Eos is the Greek goddess of dawn and new beginnings, and that name is appropriate for a shredding company. Products that are shredded are being given a new life, and this is certainly the dawn of a new era in the age-old practice of document destruction.

As Kelly said, the HIPAA panic is over and the HIPAA fallout has certainly begun, and it may become a golden opportunity for entrepreneurs with some vision. Time will tell, but it seems like Kelly and Sanborn are on the cutting edge of something big.