As the next act of the Massachusetts health care drama plays out on Beacon Hill, the same characters return to the stage with a tired script. The ostensible hero of the production, the patient, is left to watch the tragedy from the back row.

Legislation being debated on Beacon Hill ignores patient-centered health plans and health savings accounts, or HSAs, which are lower-premium insurance plans that direct pre-tax dollars into a bank account to cover an individual’s current health care and save money for future medical expenses. An HSA is the most direct way to engage patients in the health system. They cover out-of-pocket medical, dental, and vision expenses, are fully portable, and are owned by individuals for their entire lives.

Unlike the self-interested solutions of insurers, providers, and government, HSAs are a proven way to contain the cost of care.

The research community and highly regulated states like Massachusetts have been slow to catch on. Drawing on the one-year impact of patient-centered health plans at American companies, a recent RAND survey appearing in Health Affairs concluded that, if there were 100{06cf2b9696b159f874511d23dbc893eb1ac83014175ed30550cfff22781411e5} participation in HSAs, annual savings would be an estimated $125 billion, or 9{06cf2b9696b159f874511d23dbc893eb1ac83014175ed30550cfff22781411e5} of total health care spending with those with employer insurance. These savings were not due to healthier HSA populations, as such factors were controlled in the study.

Given these incentives for consumer control, why is momentum building on Beacon Hill for another government-centered ’fix’ to the health care market? Government intervention, after all, gave us preferential tax treatment for employer plans, low Medicaid reimbursement levels that have shifted costs to private insurers, and a motherlode of expensive regulations. Yet, once again, we turn to government to fix problems of its own creation.

The Senate and House ’health care 2.0’ bills promote a new capitated-payment system to special health care provider organizations defined by the government. When HMO laws shifted risk to providers in the 1990s, consumers revolted. Yet, we are repeating the same strategy, hoping for a better outcome, asking providers to change global payments and tame the health care sector that accounts for 18{06cf2b9696b159f874511d23dbc893eb1ac83014175ed30550cfff22781411e5} of our state economy.

Aren’t these the goals of government-driven payment reform?

The political class is simply play-acting at reform and thoughtful policymaking. In reality, what we are watching is a rehashing of old ideas that have not worked. Rather than imposing price controls and new mandates, taxes, civil fines, surcharges, and assessments, policymakers should put patients at the center of a new generation of reform efforts. Only by placing the patient center stage will this drama have anything close to a happy ending.

Joshua Archambault is director of health care policy at the Pioneer Institute. He is also the co-author of The Great Experiment. The Good Medicine 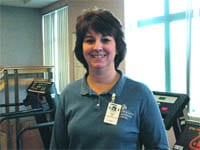