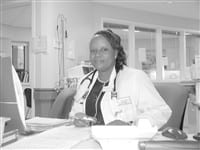 It’s one of the ironies of 21st-century health care, an often frustrating balance of good news and bad news.
The good news is that medical advances are allowing people to live longer than ever before, taking advantage of technology and techniques that were unheard of 50 — and often even 10 — years ago.

The bad news is that people are living longer than ever with the help of modern health care at a time when the medical industry in Massachusetts is struggling with severe budget restraints, inadequate reimbursement from the state and private insurance, and staffing shortages in fields as varied as nursing, pharmacy, and radiology.

These trends are colliding in an era when medical professionals see the historically populous Baby Boomer generation starting to advance toward its golden years.

Does a crisis loom? Hospital administrators and physicians who spoke with The Healthcare News weren’t sure, but they do recognize the clear potential for trouble if current challenges are not met before the demand for services increases further.

Trouble, of course, is nothing new in health care. Holyoke Hospital President Hank Porten, for one, does not mince words when it comes to describing the challenges that hospitals face today just to stay in business.

“I’ve said publicly, and certainly to the Legislature, that we are at the precipice with the health care industry in this state, and it won’t take much to push the industry off the edge,” Porten said. That push could come from a rapid rise in the number of people requiring services, and the expected demographic shifts on the horizon promises just such an increase.

“We don’t have a smooth slope of disruption,” he said. “This will be cataclysmic, and many hospitals will end up closing.”

Several hospitals have closed in recent years, and the Mass. Hospital Assoc. is concerned about another eight to 11 others that are on the brink, Porten noted. Additional closures will only exacerbate one of the core problems, which is demand for services.

“If we continue to close hospitals, we’re going to have more and more issues like diversions of patients,” he said. “The waiting times in emergency rooms are already extraordinary, and hospitals are already cutting back on services. You can’t keep doing that and still be a full-service provider to the community that you serve.”

Trish Hannon, chief operating officer for Baystate Medical Center, said all hospitals already judge on a regular basis what they can provide based on the reimbursements that are available — right now, Medicaid pays only about 71 cents on the dollar on average. Tough decisions about services, she said, could be required more often as the population grows, ages, and demands more from health care.

“In an era of declining reimbursement, it puts significant pressure on hospitals to deliver those services,” she said. “We decide on a regular basis what services we can expand, which ones we need to contract, and how much we can afford to do. It’s an ongoing challenge for hospitals and health care providers alike … our physicians are challenged as well.”

As one example, Porten said a procedure to implant a titanium spinal cage support costs more than $30,000, but the hospital is paid between $3,000 and $5,000 for performing it. The new century is sure to bring about even more complex and expensive procedures, and hospitals are going to struggle mightily with demand for them if the financial gap is not closed.

“It’s a challenge that all health care organizations are going to face over the next 25 years as the Baby Boomer population continues to age and require health care services,” Hannon said. “Baby Boomers are a demanding group of people, and they will continue to shape society with respect to consumerism, and that will certainly continue in health care.”

According to Mary Banda, a physician in Mercy Inpatient Medical Service, Mercy Medical Center’s hospitalist program, medical advances paired with shifting age demographics have already changed the way doctors ply their trade. She said a 102-year-old patient underwent a bypass procedure recently — a practice that was uncommon among that age group not long ago.

With patients getting treatment for chronic conditions well past age 90 or even 100, she suggested, a crunch in resources could lead to a time when it is difficult to be as aggressive as possible in treating patients who are unresponsive to treatment.

“We have the responsibility for taking care of everyone who comes through these doors. We’re caregivers … we’re supposed to save lives,” Banda said. Yet, she added, some physicians are concerned that if resources grow tighter, objective standards might have to be set for how aggressively very old, very sick patients are to be treated — decisions that are now in the hands of patients and their families.

“Should we come up with some standard, and is it fair?” she asked. “Who is going to make that decision, and will it be backed up by law? I don’t know what the answer is.”

Even today, hospitals struggle mightily to make ends meet, staff units sufficiently, and provide the services patients need. It’s not an easy task, Porten said, and more complicated, costly practices on the horizon won’t make it any easier. He said hospitals have made plans to deal with 9/11-type disasters, but even routine days pose difficult challenges.

Two-thirds of the state’s hospitals are operating in the red each year, and they can’t continue to do so for long and survive, Porten said. “It’s very fragile, and small instances can create hospital closings.” The rising average age in Massachusetts, many fear, is one of those instances — and not a small one.

Administrators say hospitals need to start now to prepare for the changes that will come, even as the current financial state of institutions is largely unhealthy.

“The first challenge is to make sure we have the appropriate capacity so we can address the needs of the population,” Hannon said. “Expansion of capacity is a key strategy, so we work very hard to ensure that we are preparing for service on a demand basis.”

That means expanding services now according to what the greatest needs will be down the road. In Baystate’s case, that includes expanding cardiology services because an aging population will face a greater number of cardiac-related illnesses.

Banda said a higher percentage of elderly patients means patients have more problems and more serious ones. In other words, 20-year-olds with strep throat aren’t the most common problem — 90-year-olds with respiratory failure are. “We have to address the challenge,” she said. “It’s good that people are living longer, but we have to find ways to accommodate all the needs.”

Porten said that to survive now and in the future, hospitals must be efficient and watch their expenses closely, not necessarily bring on more staff to solve problems.
“We try to solve problems by changing our systems and instructing people in new and more efficient processes, by maintaining costs at a very low level. We’re one of the most cost-efficient hospitals in Western Mass.,” he said.

As a result, there are some programs Holyoke cannot provide. The hospital had to discontinue its tuberculosis clinic because reimbursements were so low. “This is the kind of inequity we have,” he said. “The state and private payers don’t pay costs in a way that allows hospitals to stay in the black. This is a real challenge for hospitals.”

While many hospitals are not looking to increase the number of staff positions, a current challenge — expected to be a greater one a decade from now — is simply keeping the current positions filled, particularly in nursing and specialties such as radiology, cardiology, and gastroenterology. Nursing presents a more acute worry, since the average age of a nurse in the Bay State is now over 40.

Therefore, Baystate has a workforce planning process specifically designed to enroll more people in the health and science fields, Hannon said. The hospital has ties with Springfield’s public schools and area colleges and designs programs to support internships in order to generate interest in fields that will need an infusion of new blood in coming years.

A hospital’s mission, Porten said, is to provide services that are efficient, beneficial, and required by the patient population — a difficult task when the financial flow has been cut so far below cost.

“Now you have to pick and choose what services to give based not on whether you can do it with efficiency, but whether you can do it at all,” he said. “All of that gets magnified by an aging population. We’re right at the cusp of Baby Boomers coming in for more services, and these people deserve services just as much as past generations.”

Besides, he noted, “as we age, I’d like to believe there will be health care services around to take care of us, too.”

Picking up Speed Go FIT Grows at a Strong Pace