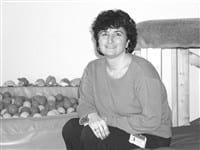 Plenty of Baby Boomers and Gen Xers spent time during their childhoods with physical or speech therapists.

Their memories of those sessions, however, might be a little different than what many Greater Springfield children are experiencing today.
For one thing, there probably weren’t as many animals.

Yet, here are children receiving therapy at Weldon Rehabilitation Hospital at Mercy Medical Center, making visits to, of all places, the Zoo at Forest Park. Animal-assisted therapy, as it’s called, is actually a growing tool in many programs, said Angela Mansolillo, program manager for child rehabilitation services.

“They can work on mobility, communication, and fine motor skills with the animals,” she told The Healthcare News. And that’s not the only offbeat approach being taken in pediatric rehabilitation today. Modes such as art therapy, music therapy, and a number of other activity-driven formats are becoming more common in a field that, in decades past, was marked by dull repetition of movements and words.

Therapy can be, in a word, fun, and keeping children’s interest is a good start toward making progress in fighting cerebral palsy, autism, and developmental delays. For kids in therapy, it’s a much different world.

Take animal-assisted therapy, for example. Weldon has partnered with the Forest Park zoo to bring children there between April and October to interact with the animals.

The result is a sort of multidisciplinary therapy that benefits patients with a wide variety of needs. Talking with zoo staff about the animals helps develop speech and language skills, while holding and petting the animals is a way to work on motor skills. In addition, simply getting around the park helps improve mobility.

That activity-based approach also translates to music and art therapy — as with the zoo, talking about an activity, then doing it — allowing children to do something they enjoy while developing their speech and motion skills. It’s an approach many adults probably wish they could have taken as children.

“It used to be that you sat down and practiced your ‘R’ sound or walked up and down stairs,” Mansolillo said. “Today, rehab for kids is much more activity-based. We’re finding ways to use these skills in an environment of fun.”

The conditions being treated, however, are often nothing to smile about. While Down Syndrome and cerebral palsy remain common problems that are treated at Weldon, autism is especially on the rise, to the point where doctors are calling it a national epidemic.

More common still are simple developmental delays, which cause many children to fall behind their peers in motor and language skills.

Identifying these children as early as possible is crucial, Mansolillo said, because if children aren’t given the opportunity to catch up, it could seriously affect them, particularly in terms of language skills and academics.

There are a couple of “demarcation” points that are intrinsic to a child’s development, in that they represent important transitions in learning, she said. One is around the time they start kindergarten, and making progress on reversing developmental delays will help them be more successful in school, she said.

The second demarcation point, at least as important, typically comes between third and fourth grade. “This is when children stop learning to read and start reading to learn,” Mansolillo said. “They have to use reading in their studies, and if they have language problems at that point, they can have difficulty learning.”
Innovative Solutions

The task at Weldon is to help children reach their developmental goals, and there are a number of ways that is accomplished. In some cases, Weldon performs an evaluation on a child and makes recommendations, which are then followed up in the child’s school system. More often, they receive therapy at Weldon. The center sees between 100 and 150 children each week.

That’s important, Mansolillo said, because many schools have become so burdened with therapy needs, particularly in the realm of speech and language therapy, that children are often treated in groups exclusively. At a hospital-based program like Weldon, one-on-one treatment is mixed into group therapy, and the setting allows for greater flexibility in treatment.

In addition, unlike many pediatric rehab programs, Weldon occasionally brings in a physiatrist, Dr. Jeffrey Forman of New England Medical Center in Boston, to work with the children.

And the facility is continually looking at new treatments for various conditions. Among the most surprising, at least to the layperson, is the use of Botox — normally associated with cosmetic improvement — to release the tension in the limbs of cerebral palsy patients.

“Most people are surprised that there are other uses for Botox than keeping wrinkles out of your face,” Mansolillo said.

It’s the same mindset that concludes that there are other uses for zoo animals than simply viewing them across a pen. Physical, occupational, and speech therapy, particularly for children, who are at a critical developmental age, cannot be stagnant, Mansolillo said. It’s not only children who must be active in their rehabilitation, she noted, but those who innovate new solutions to treat them.

“Our goal is to bring out the best in kids,” she said. And besides, she asked with a smile, “what child doesn’t like animals?” 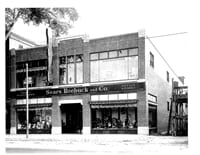