When Dr. Robert J. Krushell thinks about diseased or arthritic hips and knees that go unchecked, he sees a downward spiral of pain, inactivity, and weakness. Fortunately, increasing numbers of people are climbing back up with total joint replacement.
Krushell’s specialty, surgery to replace hips and knees, is, as it always has been, an intensive procedure with a challenging recovery period. But as advances make the surgery safer and less traumatic, it’s becoming open to a wider array of patients — not just senior citizens with osteoarthritis, but younger patients with degeneration brought on by athletic injuries.

One fact has not changed, however: for those patients whose joint replacements are successful — and that percentage is rising as well — it can be a life-changing experience.

“Some people, before surgery, have terrible difficulty with normal, daily activities,” said Krushell, the associate director of the Center for Hip and Knee Replacement in Springfield, a branch of Baystate Medical Center. “Afterward, they’re able to walk again, and they can enjoy day-to-day activities, travel, and being with family. It can have a tremendous impact on people’s lives.”

Krushell should know, as he and Richard J. Fingeroth, the center’s medical director, perform between 400 and 500 hip and knee replacements every year. But it’s an impact best experienced by patients who take the entire process seriously — including the often-grueling recovery.

The Trouble with Joints

Joints are formed by the ends of two or more bones connected by thick tissues. The hip, for example, is a ball-and-socket joint, formed by the upper end of the femur, the ball, and a part of the pelvis that acts as the socket.

The bone ends of a joint are covered with smooth cartilage. Normal cartilage allows for pain-free movement of the joint, but when that cartilage is damaged or diseased by arthritis, the joint can become stiff and painful — so much so, Krushell said, that a person might reduce the use of the hip or knee. That kind of inactivity tends to weaken the muscles around the joint and make it even more difficult to move.

Hip and knee replacement surgery, or arthroplasty, both involve the complete removal of the arthritic or damaged joint. The diseased hip is replaced with a prosthesis that includes both the ball and the socket, while knee replacement involves removing or resurfacing parts of the thighbone, shinbone, and kneecap, then installing a prosthesis constructed from a high-density plastic and metal alloy.

Hip and knee replacements have long been associated mainly with elderly patients, but Krushell said he’s seeing more patients in their 30s and 40s with complications from sports injuries. Part of that trend has to do with improvements in the materials and techniques used, reducing wear and allowing the prostheses to last longer. “We see more and more younger people who, in the past, were told that nothing could be done.”

Anne Ridabock, a nurse, clinical coordinator, and manager of the Joint Replacement Center at Cooley Dickinson Hospital, said that although the average age for such treatments is around 70, her center has treated people as early as their 20s and all the way into their 90s. Most often, the condition is osteoarthritis or some type of degenerative joint disease — known commonly as wear and tear syndrome.

Sometimes rheumatoid arthritis might precipitate the condition as well, or someone might be born with a hip anomaly and end up needing joint replacement at an early age. A severe injury could also lead to premature osteoarthritis, she added.

Still, artificial joints don’t last forever, and younger patients must be prepared for additional procedures down the road, Krushell noted. On the other hand, for most elderly patients, it’s a lifetime replacement.

To make it a fully satisfying remainder of that lifetime, however, a patient cannot rely solely on the doctor’s expertise. According to Ridabock, patients must become partners with their doctors, nurses, and therapists and work hard to ensure full recovery and future function.

“It’s definitely interactive,” she said. “Patients who elect to have joint replacement have to be participants and partners in the rehabilitation, or they definitely won’t do as well as they could.”

Ridabock works with patients on a post-operative basis at the CDH facility, which sees some 220 procedures per year. She stressed that patients get plenty of attention and education from staff during this time — the same therapists throughout the week, in fact, to maintain a comfort level. And though much of the physical therapy is individual, patients enjoy the communal nature of the group sessions as well.

“One of the greatest advantages is that people support each other. There’s a lot of camaraderie,” she said. “They make a lot of progress as they see what other people are doing. So it’s a lot of competition, but it’s mostly supportive and reinforcing.”

In the Baystate program, each patient starts the rehabilitation process even before the surgery, with a preoperative home visit from a physical therapist, who evaluates the safety of the home setting and explains what the patient should expect in regard to exercises and other activities.

A therapist then follows the patient through the recovery period until the return home, and outpatient therapy is sometimes warranted as well, said Candi Daniele, director of Rehabilitation Services for Baystate Health System.

“The primary focus is on returning the patient to the highest level of function in their home so they can return to their normal activities,” she explained. “We do that by showing them strength exercises, teaching them safe ways of moving around, and helping them re-enter their home and the community safely, all the time paying attention to increasing their mobility and decreasing their pain.”

Some aspects of joint replacement surgery have become less invasive and traumatic over the past decade, Krushell said, but this doesn’t necessarily lessen the challenge of the rehabilitation process — or the patient’s responsibility to manage his or her own recovery.

“It’s still invasive, but people tend to do much better,” Ridabock added. “The length of the hospital stay years ago was about two weeks. Now patients sit at the edge of the bed by the first day and walk the second.” Using walkers or canes, most are able to return home in four days.

“They’re much more independent,” she said. “Most people are driving in about three weeks and are back to most activities in about a month or so — although they’ll continue to settle into the joint and gradually feel more comfortable over a year to 18 months.”

However, Daniele added, even though patients are going home more quickly and shortening their rehabilitation time, there are no shortcuts in the recovery process, and those patients who look for them are asking for more trouble down the road.

There’s plenty more to be excited about in this changing field, Krushell said. The Center for Hip and Knee Replacement stresses an extremely clean environment — including ultraviolet light banks and body exhaust systems known as “space suits” that are worn by the surgeons — and has seen the rate of infection steadily decrease.

Infections, along with blood clots, loosening of the prosthesis, and other post-surgical hazards, can earn patients return trips for more surgery, but Baystate’s caution in preventing infection has kept its rate of return at less than 1 in 1,000 — far better than the national rate of about 1 in 100.

Recovery from hip replacement is generally easier than for knee replacement, but both are major operations, Krushell said, so potential patients are first evaluated to see if other corrective methods — from medication to physical therapy — provide a better option.

But those who do opt for surgery will take on a procedure that has proven increasingly safe and long-lasting. And other advances continue to emerge, such as ceramic implants that allow the prosthesis to bond to the bone over time instead of using cement.

Overall, it’s an exciting time to be involved with total joint replacement, which is an area of medicine in which physicians consistently see the lives of their patients improved, Krushell said — and that’s a gratifying experience. “I’m very, very lucky to be doing this type of work,” he insisted.

Hips and knees weren’t made to last forever. The science of joint replacement surgery, however, continues to add years and even decades of useful life to those worn-out joints.

Driving for the Cure Golf Tournament Set for Aug. 17 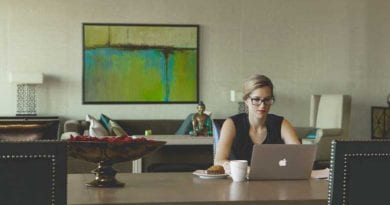