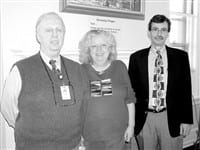 For addicts who have spent many years of their lives leaning on drugs and alcohol as a crutch — as their primary relationship in life — the thought of giving their addiction up forever can be overwhelming.

Giving it up just for today, however, is another story. And tomorrow, it’s a new commitment.

That’s the message the counselors at Alcoholism and Drug Services (ADS) in Springfield try to deliver to those being treated at the Carlson Recovery Center and other ADS programs. But it’s a tougher challenge than ever, with insurers no longer paying for the traditional 28-day detoxification stay and increasing numbers of people needing the center’s services.

“We’ve had to be creative and stress a continuum of care,” said Phil Day, program manager of ADS, which has been affiliated with Baystate Medical Center since 1997. Even that care is less than effective if area doctors and nurses don’t have an understanding of the addiction resources available to their patients.

That’s why, Day told The Healthcare News, the battle to halt the horrific damage of substance abuse begins with education — of the public and in the medical community — and proper treatment and support of addicts who want to turn their lives around.

Alcoholism and Drug Services encompasses several programs, all under the umbrella of Baystate’s Behavioral Health Services and funded by the state Department of Public Health.

Besides the Carlson Recovery Center, for acute care, and the Sloan Clinic, for outpatient care, ADS also includes Opportunity House and My Sister’s House, recovery homes for men and women, respectively. All have been faced with a changing landscape that has seen a growing need for services and additional financial and medical challenges.

The first shift in recent years has been away from the traditional 28-day detox stay. Insurers simply aren’t paying for more than 10-day inpatient stays, which forces recovery facilities to become more creative, Day said.

Specifically, they’re focusing on a “continuum of care” that keeps patients in the system through a mix of inpatient and outpatient services and also keeps third-party payers satisfied.

For example, the Carlson Recovery Center has 30 beds set aside for medically monitored detoxification. The length of stay in this facility, which offers 24/7 services for addicts facing withdrawal, is typically between three and seven days, and individual and group counseling, treatment planning, and continuing care planning are also provided.

From there, patients might be admitted to the acute residential program, which offers 34 beds for intensive education and treatment to those who have successfully completed detox. This group-centered program offers services 16 hours a day, and the average stay is five to 15 days.

Finally, an intensive outpatient program keeps patients closely focused on treatment even while not living at the center. It also serves as a step-up from ADS’s traditional outpatient counseling. Patients receive four hours of group and individual counseling up to five days a week, and treatment usually runs from two to six weeks, depending on clinical need.

Because of its affiliation with Baystate’s Behavioral Health Services, ADS has also expanded over the years into a dual diagnosis program, which provides detox and acute residential services — including medication and psychiatric evaluation — for mentally ill substance abusers.

The fact that such wide-ranging services are available testifies to how far society has come in the past few decades, Day said. People who, 30 years ago, would have been criminalized are now receiving the help they need. “Addiction is an illness, not a moral issue,” he said.

And as the slow process of healing begins, the self-esteem long ravaged by substance abuse begins to come back, often dramatically so. “Some of them really look messed up when they come in,” Day said. “After a while, you see them differently — and they see themselves differently.”

However, although many referrals to ADS come from the courts and the state Department of Social Services — many others are self-referred — all patients need to make a daily commitment to controlling their addictions.

“We help people help themselves — we can’t do it for them,” Day said. But the center can provide a supportive environment in which staying away from drugs and alcohol — just for today — is possible.

“It’s overwhelming for them to consider not using drugs for the rest of their lives. They’re so accustomed to that need,” said Jim Leyden, clinical supervisor at Carlson and Sloan. “But almost anyone can not take drugs or not drink for one day.”

The real challenge, for many, is returning at the end of the day to the same family environment, the same pressures, that have encouraged substance abuse before, said Beth Drum-mond, nursing coordinator at Carlson. That, of course, is a heightened danger in an age when insurers have cut back on residential treatment.

Unless they’re being referred by the court system, Drummond fears that too many potential patients of ADS are falling through the cracks because doctors aren’t as aware as they should be of recovery resources in the community. That’s why medical and nursing schools at UMass, Elms College, and American International College, among others, are sending their students to Carlson and other centers for daylong education programs.

Right now, Carlson is handling some 20,000 visits each year, while Sloan records about 18,000 patient days, and the two recovery houses see about 20,000 bed days annually. But statistics alone don’t totally bear out the growing need for ADS programs.

“The acuity of the people we see has never been higher,” Day said. “They’re so much sicker — physically, socially, and psychiatrically. That’s why they need an array of services.”

He does, however, have a goal — perhaps a farfetched one, but a goal that gives a little extra incentive to each day.

“We want to put this center out of business,” he said 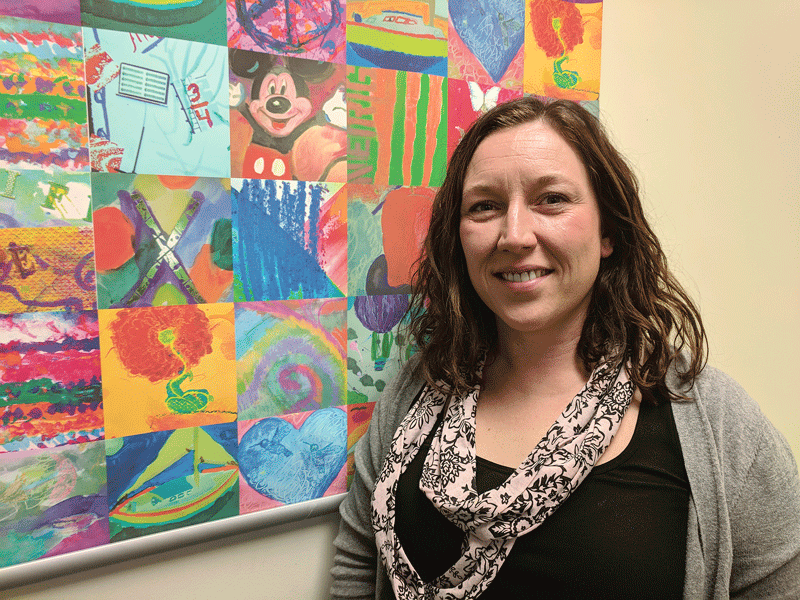